The Festival of Contemporary Music 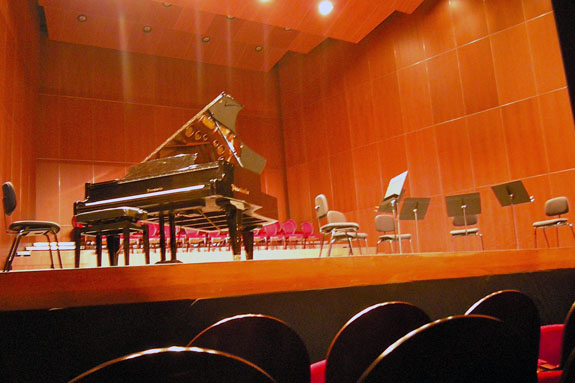 Thirty years ago a young Mallorcan artist and composer, Antoni Caimari Alomar, initiated a meetingplace for 20th century composers and an annual festival of contemporary music, the Encontre International de Compositors. Last night, the 30th Composers’ Encounter was celebrated with the first of twenty concerts to be performed in Palma as well as at venues all over the island. The opening concert was given at Palma’s lavishly refurbished Teatre Principal, paying homage to Jaume Mas Porcel, Antoni Martorell and Antoni Matheu (three Mallorcan composers of the 20th century, all of whom are now deceased). The festival will continue until the end of December. Some concerts will be given free of charge, some others cost as little as 2 €, whilst some are charged at slightly higher fees.

In case you should be interested in modern music by the likes of Morton Feldman, John Cage, Krzysztof Penderecky, Luigi Nono, Toshio Hosokawa or Heinz Holliger (and others), you should grab the opportunity of hearing some music which is not often performed in Mallorca. You can find details of the festival and its venues at the Fundació ACA website.