The Massive Downpour of 1989 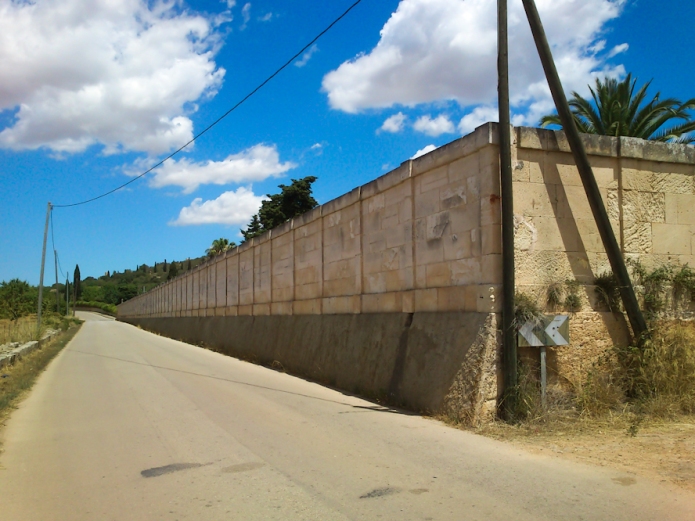 In early September 1989, twenty-three years ago last week, the South-East of the island was surprised by a ferocious Gota Fría, bringing torrential rain and utter devastation with it. Entire stretches of road were swept away, trees were uprooted by the thousands and dragged away, three people were killed when a hotel basement in Portocolom was flooded, hundreds of animals drowned and chaos ensued everywhere. The area around Felanitx and Cas Concos des Cavaller was declared a disaster zone and Reina Sofía (the Spanish Queen) flew in from Madrid to visit the affected area and talk to some of the victims. Rain fell at 06h00 in the morning at a rate of 125 litres per square metre within just 30 minutes. That’s about the same amount of rainfall that one could have expected to fall in one whole year. I had never seen or lived through anything like it in all my life, nor had most Mallorcans.

You may know the mountain of San Salvador, the Felanitx monastery. Believe me if I tell you that twelve rivers originated from that one mountain (many of you would call it a mere hill, at 510 m of altitude) after that rain. One of these rivers passed through Cas Concos, demolished an old country stone bridge and took oak trees of a considerable age with its raging force all the way to the beach of Es Trenc, some 29 kilometres away. Ten days later, no rivers were left, only torrentes, dry riverbeds.

Today’s photo shows the external wall of the Felanitx cemetery. This cemetery filled up, then, like a swimming pool until the Marès built walls could not contain the masses of water any longer nor support the water’s weight. The very walls shown in the picture collapsed in the process and an avalanche of mud and debris swept onto the surrounding fields, including the corpses of four recently buried people. The cemetery of s’Horta was similarly wrecked.

I’m telling you all this because now is the time of the year when the Gota Fría might visit this island. Be alert.

By mallorcaphotoblog
On September 11, 2012
15 Comments