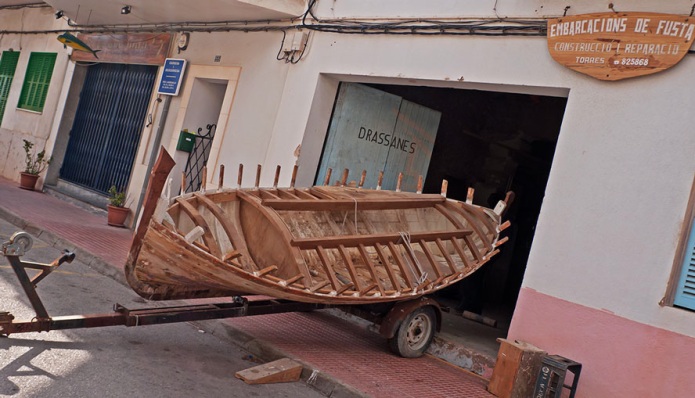 The world of boats in Mallorca is divided into two distinct hemispheres, and never the twain shall meet. There is the leisure boat, Sunseeker-type market, predominantly sailed by the affluent foreign ex-patriot whose yacht is moored in Port d’Andtratx, Puerto Portals, Sa Rapita or Cala d’Or, and there is the traditional fisherman’s boat, commonly known as Llaüt, and anchored in Portocolom (see photo), Cala Figuera (Santanyí), Porto Cristo, Cala Ratjada or Port de Sóller.

My sympathies are with the latter. I admire the craftsmen who still follow the traditional technique of building boats from wood. Not many of those Drassanes or Astilleros (ship wharves) are remaining on the island but, there are two such establishments in Portocolom, building and repairing Mallorcan Llaüts, just in case you are interested. Three more Drassanes exist in Marratxi, Port d’Alcúdia and Port de Sóller. In all of Mallorca, currently only 6 or 7 Mestres d’Aixa (Master Llaüt builders) remain.