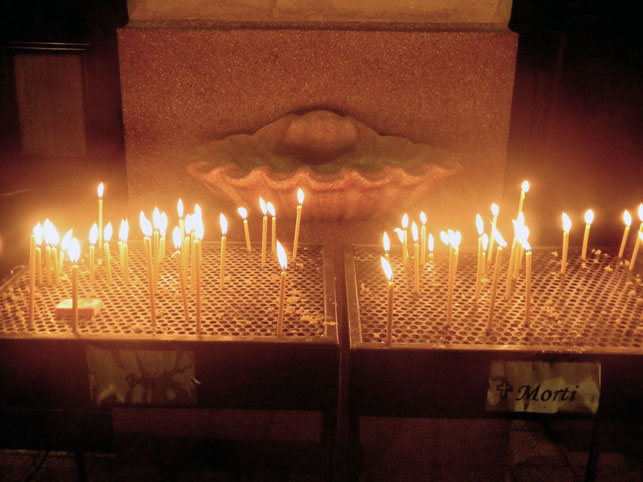 I somehow sense that Mallorca’s Greek Orthodox Christians also use the Església de Santa Caterina de Sena, as may do Bulgarian Orthodox Christians. Please correct me if I am wrong. However, I have no information about the Armenian Orthodox church in Mallorca, also Christian. I am pretty sure that there are some Armenians living happily amongst us but, they may not have their own church. Perhaps they conjoin with the Romanians at the Església de la Concepció. Or do you know better?

Please note in my photo that Romanian Orthodox Christians use separate candles for the living (Vii) and for the deceased (Morti), or so my very limited abilities of the Romanian language suggest. Again, please help me if I am wrong.

I do not think that there is any Coptic congregation in Mallorca. Or is there?