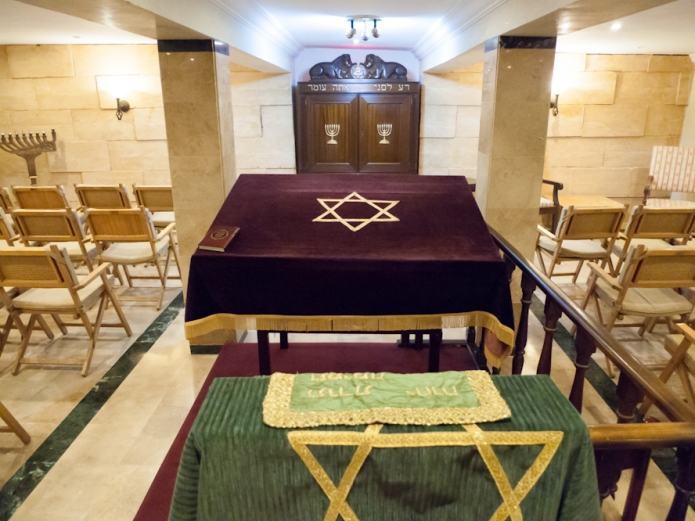 Synagogues did not exist in Mallorca between 1435 and 1987. The island’s Jewish community had been banished and eradicated twice, first in 1391 and then in 1544, had been massacred, persecuted, chased away, burned at the stake, killed, executed, exiled, expelled or forcibly converted.

In 1987, the first Mallorcan synagogue for 550 years was consecrated. Last week, the Jewish Community in Mallorca celebrated the 25th anniversary of the opening of the synagogue in Palma. The ceremony was attended by various local authorities as well as the President of the Balearic Parliament, Pere Rotger.

The photo (top) was taken in Palma, Mallorca, Baleares, Spain. The date: September 2nd, 2012. The time was 11:25:16. The photo (bottom) was borrowed from the Internet, courtesy of diariodemallorca.es and the photographer, Guillem Bosch.