During the early 20th century, automobiles were built in Spain only in Madrid, Barcelona and, believe it or not, Palma de Mallorca. In 1920, Señores Rafael de Lacy y Gual, Albert Ouvriard and Antonio Ribas Reus established the Loryc (Lacy, Ouvriard, Ribas y Cía) motorcar factory in Palma. Manufacturing of 2-, 3-, 4- and 6-seat models, including some racing cars, continued in Mallorca until 1926 when production was moved to France. After that and until 1930, car parts were re-imported from France to Mallorca and assembled here, something to do with peculiar tax regulations and excise duties in Spain at that time. In all, a total of some 130 vehicles were manufactured lovingly by hand in Palma. The sports cars achieved some spectacular results, including on circuits like Le Mans (France) and the Vuelta a Catalunya. Six classic Loryc cars are said to still be in running condition, four of them in private collections here in Mallorca and two more, in Menorca. 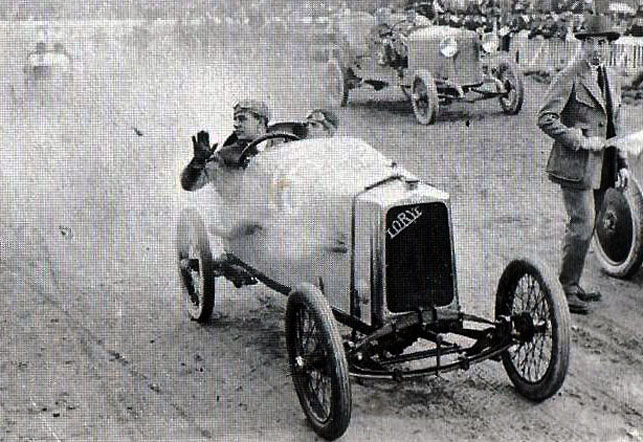 The photos were borrowed from the Internet, courtesy of loryc-racing.blogspot.com (top) and fotosantiguasdemallorca.blogspot.com (bottom).