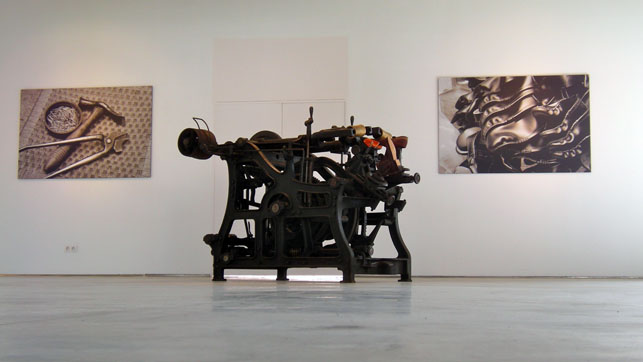 Mallorca now has a shoe making museum, in Inca, where else. Until very recently, when China captured the market of shoe making and everything else, Inca was big in leather goods and, in particular, in leather shoes. Sadly, of the dozen or so quality shoe makers, only about five or six shoe factories remain in Inca, amongst them Camper, George’s, Yanko, Barrats and Bestard, the latter one specializing in top-notch mountaineering boots. The new Museu del Calçat i de la Pell in Inca is located in a wing of an old army barracks, the Quarter General Luque. The barracks used to occupy a large complex built in the early twenties of the 20th century, active until the late eighties, providing facilities for up to one thousand soldiers.

The shoe museum does not enlighten us as to whether the army boots for the Inca troops were produced in this very town. They certainly did not come from China. 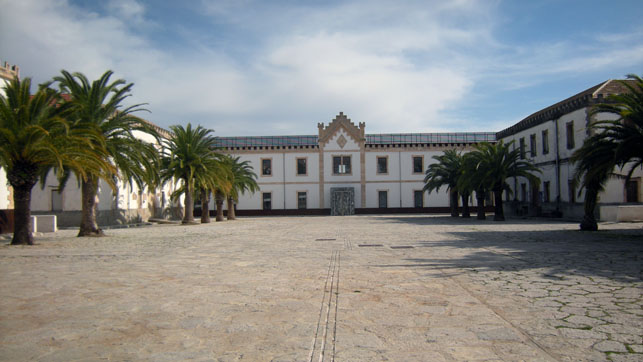 The museum will find it tricky to attract a large audience, I would have thought. To my mind, the subject matter is too specialised for the crowds and for the Krauts, and the location is rather way off the beaten track. Still, strange as it may sound, I would recommend a visit if you are at all into the comforts of handmade products and the merits of real leather. There are armies of heavy-duty industrial machines on display for stitching, stretching, shaping, gluing and polishing shoes, as well as video presentations and photographs demonstrating the skillful trade of the art of shoe making.

There is also a gallery on the ground floor with currently an exhibition of painting by Manu Chao, the French musician with Basque origins, done in collaboration with Polish artist, Jacek Wozniak. Interesting, even in the absence of any reference to shoes. 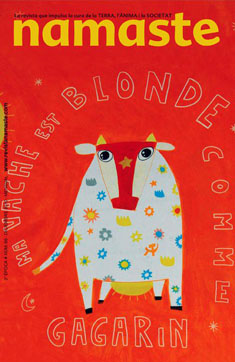