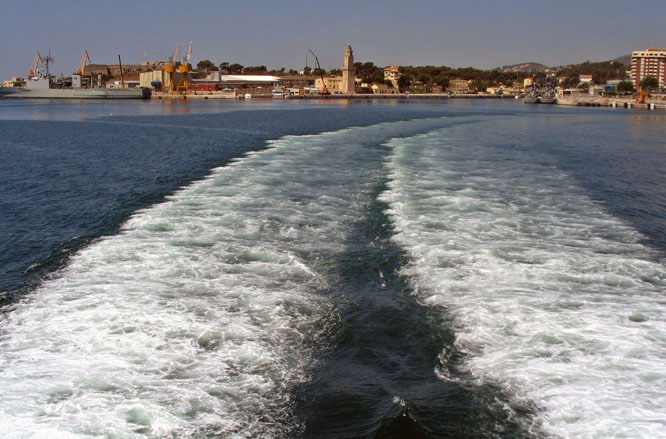 Last Sunday, six Class 40 sailing boats departed from the Real Club Náutico de Palma to embark on a Global Ocean Race around the world. The six double-handed teams (BSL, Campagne de France, Cessna Citation (with Mallorcan Hugo Ramón as co-skipper), Financial Crisis, Sec. Hayai and Phesheya-Racing) are expected to complete their daunting task sometime in June 2012, back here in Palma de Mallorca. The regatta spans a total of some 32,000 nautical miles and will take the six crews to Cape Town (South Africa), Wellington (New Zealand), Punta del Este (Uruguay) and Charleston (USA). By Tuesday night, five of the six boats had passed the Strait of Gibraltar near the lighthouse of Tarifa and were heading south along the west coast of Morocco in the direction of Brazilian archipelago, Fernando de Noronha, some 2,500 miles away. Last night at 21h00 UTC (Coordinated Universal Time), after 3 days, 7 hours and 30 minutes, Campagne de France was in the lead off the coast of Rabat, with BSL a close second and Cessna Citation in third position. Sec. Hayai is lagging behind, trailing the leading boat by 132 miles due to some mishap when their gennaker sail suffered some damage. You can follow the regatta and the events on the OCR website, should you be curious. 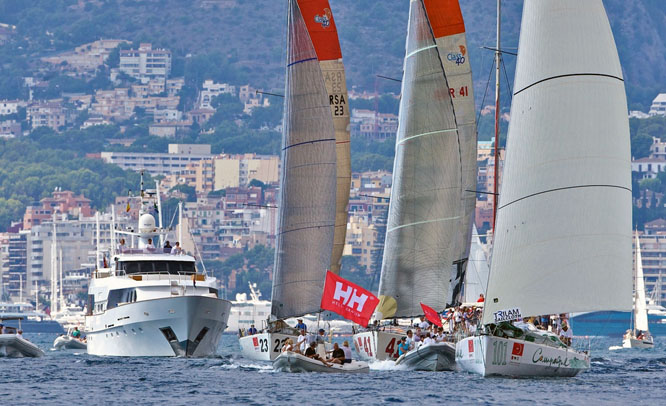 Originally, 15 boats were planning to participate but, in the end, only six managed to secure sponsorship, thanks to La Crisis. A previous Global Ocean Race was held in 2009, also from Palma to Palma, and was won by a German crew, with Boris Hermann at the helm. 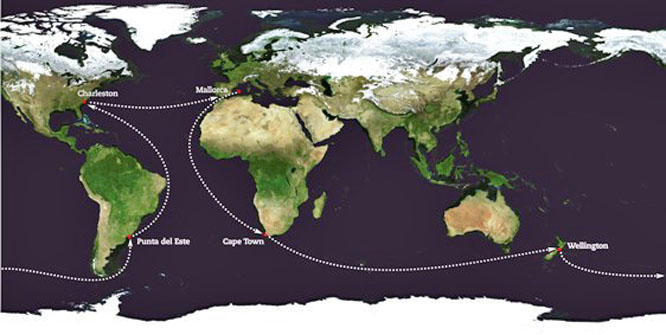 BSL with skippers Ross and Campbell Field beat the competitors to the post, arriving in Cape Town after 32 days, 17 hours, 13 minutes and 25 seconds on October 28th, 2011, at 05:13:25, finishing 47 miles ahead of Halvard Mabire and Miranda Merron on Campagne de France who had been in the lead for most of the first leg of the race. The other four boats are trailing between 1,660 and 2,060 nautical miles behind.

The photo (top) was chosen from my archive. It was taken in Palma de Mallorca, Baleares, Spain. The date: September 20th, 2008. The time was 12:36:16. The photo (centre) and the map were borrowed from the Internet, courtesy of globaloceanrace.com and the photographer, Jesus Renedo.