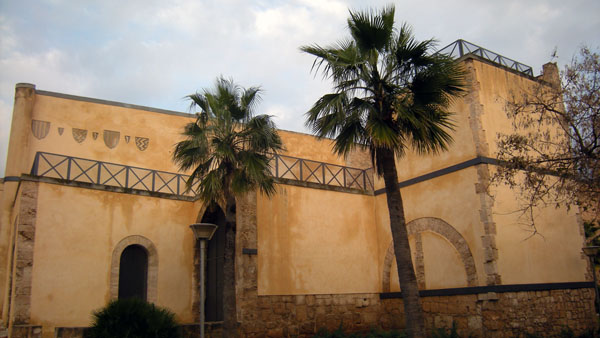 Not much physical evidence remains in Palma de Mallorca of the Moorish period (902-1229) or on the island as a whole, for that matter. A great shame, really, I believe.

Four or five buildings are conserved (*), however, one of them being the Torre Musulmana next to the Baluard de Sant Pere. This tower formed part of the fortified city walls of Islamic Palma, then known as Medina Mayurqa. These city walls and the tower were built during the Almoravid dominions of Banu Ganiya (1157-1203), then governed by Muhammad ibn Ganiya. The Torre Musulmana was recently restored and face-lifted to some of its former glory. If and when the weather should improve any time soon now, you could go and pay a visit and then have a coffee or a drink on the Baluard’s terrace next to it, enjoying grand views across Palma’s yacht harbour and the Badia de Palma.

(*) Other architectural remains of the Moorish period in Mallorca would be the Arab bridge in Alcúdia, the Banys Àrabs in Palma, the arc of Drassana del Rei Moro underneath the Palau de l’Almudaina, also in Palma, and the Torre d’en Miquel Nunis in Capdepera.