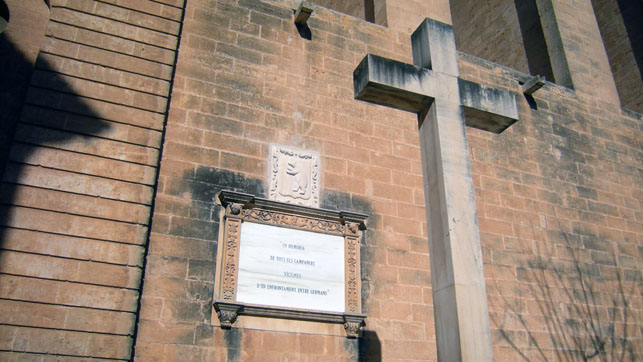 During a recent visit to Campos I discovered that the Spanish Ley de la Memoria histórica (Historical Memory Law) is, slowly but surely, being taken seriously in some small ways. On the side of the església parroquial de Sant Julià a Franquist coat of arms had been on display for the last seventy years or so above a war memorial remembering the victims of the battle between brothers during the years of the Guerra Civil. The old fascist symbol (see photos centre and bottom) was recently removed and a new Municipal coat of arms has now been put in its place (photo centre and top). Quite why the town of Campos should ever have elected the mythical bear as a heraldic symbol is unbeknown to me. I only know that Madrid has a bear as well in its city insignia. 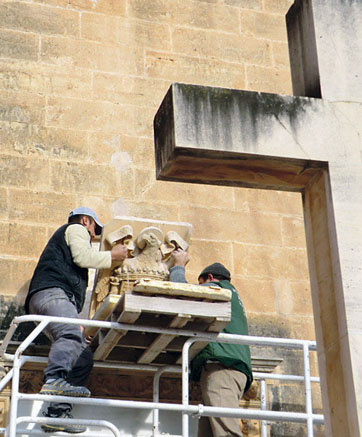 The war memorial in Campos had originally only lamented the fate of the Civil War victims from the Nationalist Franco camp but such a one-sidedness had already been remedied shortly after the Generalissimo‘s death and with the beginning of the new Spanish democracy, circa 1980. Since then, all victims of any and all political denomination are included in the Municipal sorrow. 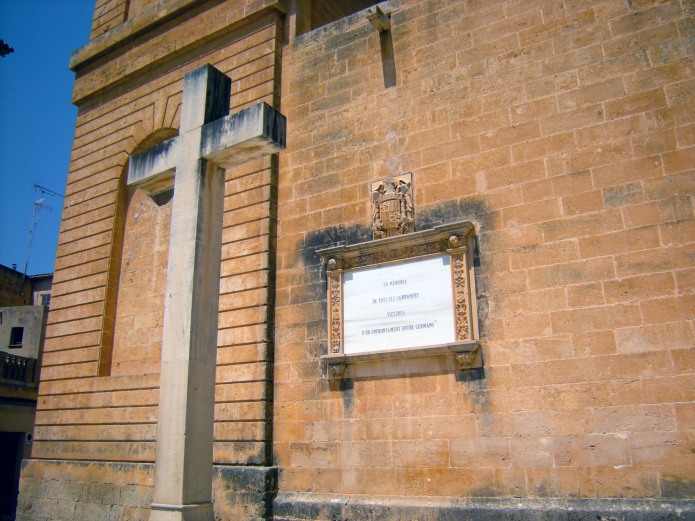