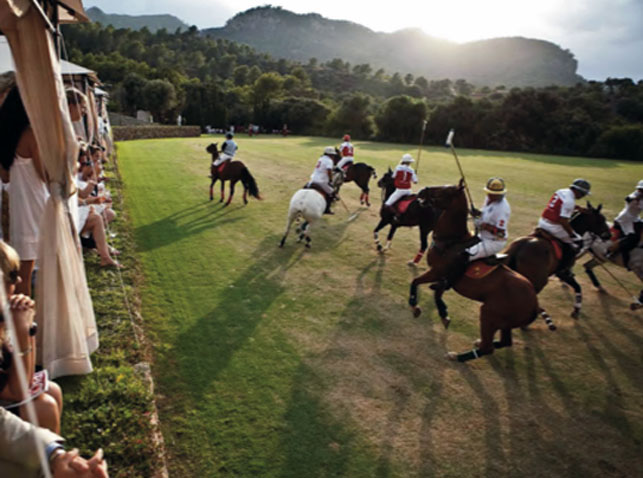 A group of Polo aficionados in Mallorca has been trying for some years to bring the Polo sport and its glamour to this island. So far, only a German estate agent has been successful in putting on an annual event, the privately organised Berenberg Polo Cup. Some of the world’s top Polo players, or so we are told, competed last weekend in the annually held Polo Trophy in Es Port des Canonge, somewhere between Banyalbufar and Port de Valldemossa. The event was attended by invitation only and yours truly was not one of the happy 300, all dressed up in white as was requested. That wouldn’t stop me from telling you about it, or might this be considered trespassing?