One of the many convents and monasteries in Palma de Mallorca was founded by the Franciscan order in 1256 and dedicated to Santa Clara. The Convent de Santa Clara has always been and still is a closed community, now celebrating its 750th anniversary, earlier this year. It is said that the site of the convent’s building previously housed a Moorish residence, from which the remains of a waterwheel, a kiln and various tombs have been found. The chapter house dates from the 16th century, containing a Gothic altarpiece dedicated to Sant Joaquim and Santa Anna. The main portal dates from the 17th century. Only the church is open to the public and can be visited during normal church hours. 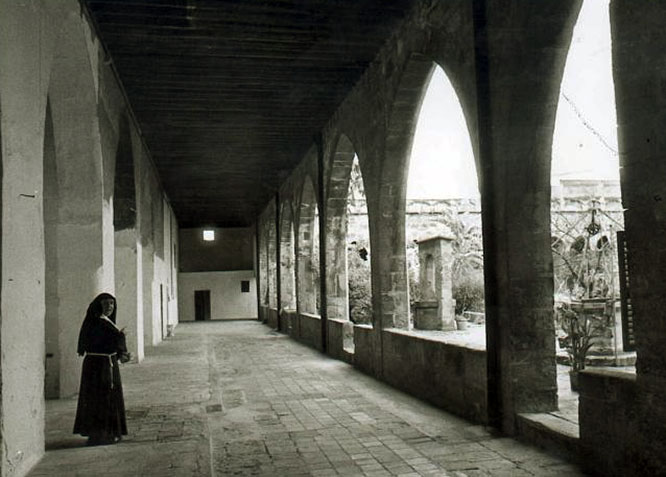 There are currently 13 or 14 resident nuns who, apart from praying and other monastic duties, bake robiols, crespells, monas and other cakes and biscuits, some of which go back to Islamic and Jewish influences. The pastries can be bought by the public from one of the windows to the right of the church entrance. 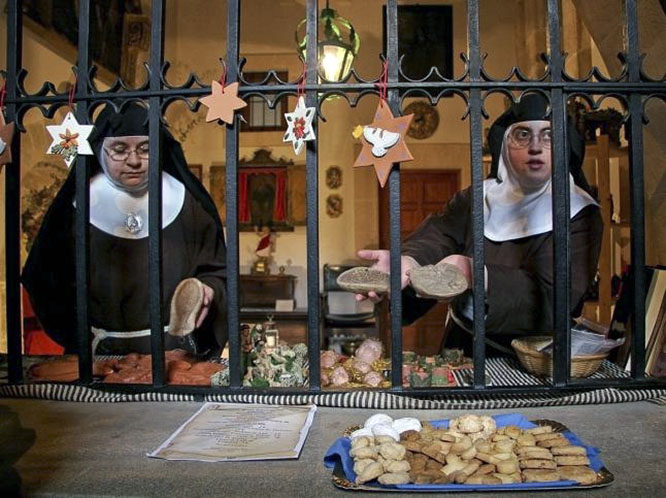 The photo (top) was taken in Palma, Mallorca, Baleares, Spain. The date: August 16th, 2011. The time was 10:56:11. The photos (centre and bottom) were borrowed from the Internet, courtesy of diariodemallorca.es.