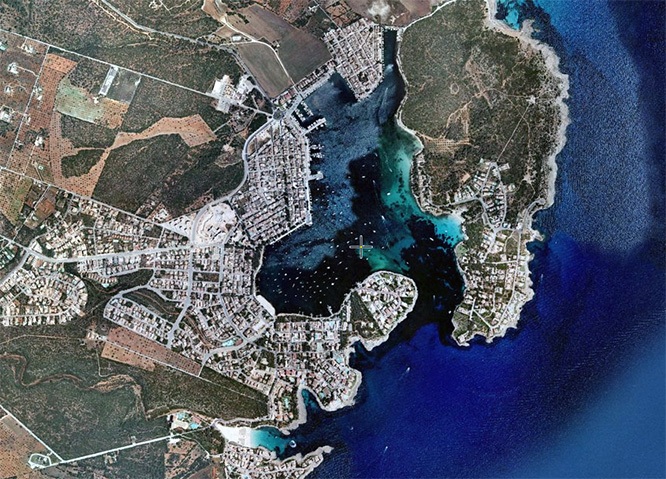 Many regions of Mallorca have been changed beyond recognition by the unholy alliance of avarice, concrete, development and growth. Only a handful of areas were saved in time, mainly thanks to civil unrest and the peaceful protest of some courageous citizens, such as Mondragó, Sa Dragonera, Es Trenc and the Serra Tramuntana.

Portocolom, the harbour town of Felanitx and its commercial expansion, have been a topic of contention for the last twenty years or longer. Portocolom is one of the last few unspoilt resorts in Mallorca but, nothing lasts forever. The Spanish national harbour authority and its Balearic branch (Ports de les Illes Balears) is currently undertaking a study evaluating possibilities and necessities for future expansions of the maritime facilities of the port of Portocolom. Local residents argue in contra of any such expansion plans, saying that neither the harbour authority nor the Govern Balear nor the Ajuntament de Felanitx publicly say or demonstrate what the aim of the current study is, or what the purpose of its possible outcome might be. There is no transparency in the planning process nor any public scrutiny. It is argued that currently there are 800 moorings available in Portocolom, including 260 newly created moorings over the last ten years. When will big enough ever be considered sufficient?

The Portocolom citizens movement, Plataforma Quin Port Volem, has scheduled a human chain for today, November 26th, at 11h00, to demonstrate their massive opposition against the political bias in favour of a mafia of speculation and greed. If you read this in time, you might want to participate, of course purely depending on your personal leanings. 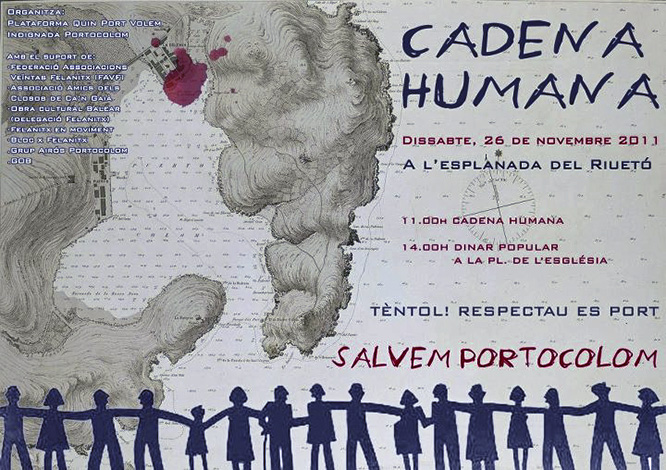 Miquel Barceló, the Felanitx-born artist, painter and sculptor, expressed his support for the protection of Portocolom’s natural beauty in 1989 by designing a poster under the heading Porto Colom Perill de Mort (Porto Colom in danger of dying). More recently, he has not voiced much opinion about topics relating to Felanitx or Portocolom, other than designing menus for a Portocolom based seafood restaurant or labels for some vi negre (red wine) of a Felanitx bodega of international repute. 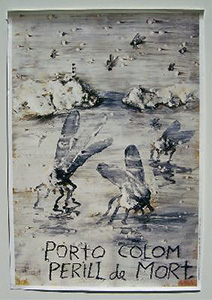 By mallorcaphotoblog
On November 26, 2011
3 Comments