There are seven Salvamar lifeboats operating out of the Illes Balears, four of which are based here in Mallorca. All Spanish lifeboats operate under the wings of the Marina Mercante, a division of the Ministerio de Fomento in Madrid.

In all of Spain, there are about 8,000 km of coastline. There are also some 1,500,000 km² of maritime Search and Rescue Zone assigned internationally to Spain. In recent years, Spanish lifeboats were increasingly kept busy with a steady invasion of balseros bringing desperate immigrants from Africa and the Maghreb to Spanish shores, in particular to the Canary Isles, to Andalucía and to Murcía.

Naturally, the Balearic coastline is somewhat smaller but still, there are in access of 1,000 call-outs per annum for the Salvamar boats operating from here. Immigration has so far not been a problem until last year when three boats arrived near Santanyí from North Africa and two more boats were intercepted at sea.

Last weekend at the occasion of the Nautical Fair in Port d’Alcúdia, the public was invited to board the Çavall Bernat lifeboat. The lifeboat is based in Port d’Alcúdia, where my photo was taken onboard. The day before I boarded the vessel, the Çavall Bernat had been called out on an emergency some 30 nautical miles off-shore where a sailing vessel had caught fire. Fortunately, no human losses were reported, but apparently the yacht could not be rescued.

If you should need help at sea one day, this phone number might come in handy: 900.202.202. For maritime emergencies you can also call for help on Channel 16 of the VHF marine band at 2.182 Khz. 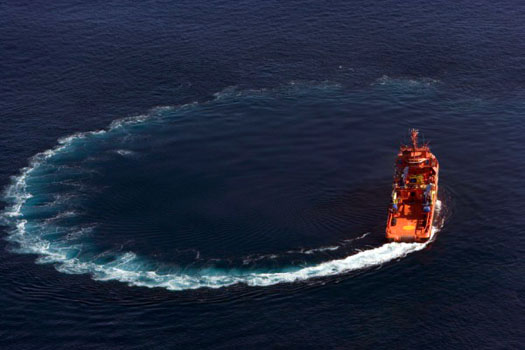 The photo (top) was taken in Port d’Alcúdia, Mallorca, Baleares, Spain. The date: April 5th, 2009. The time was 15:32:30. The photo (bottom) was taken from the Internet courtesy of the Ministerio de Fomento. Muchas gracias.