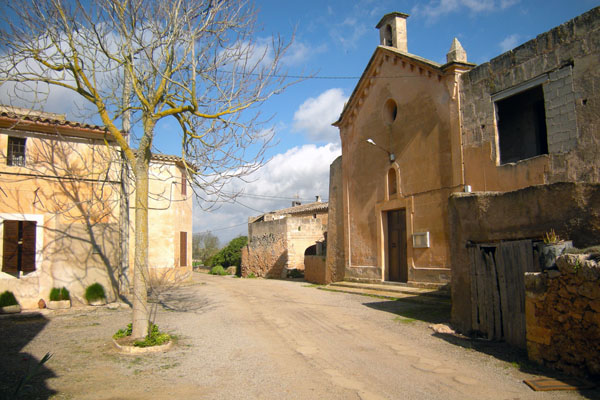 Son Negre is a rural llogaret pertaining to the municipality of Felanitx. I estimate that perhaps 120 people live in its vicinity but I may be out by a figure of up to one hundred, either way. The small Església de Sant Antoni shown in the photo (above) was built by the Son Negre folk themselves in 1816-17, as was the small village school building, in 1925.

I don’t suppose you want to make your way to Son Negre  any time soon, but if you should, you would be treated with great courtesy and a warm welcome. Tonight, January 29th, for instance, you could enjoy the amateur performance of a play, a Comèdia in fact (‘Sa Madona duu es maneig‘), at 21h00, performed by the very people of this small Mallorcan pueblo. Admission is free. Tomorrow, January 30th, the villagers will attend a short church service at 20h00, followed by the traditional  fogueró in honour of Sant Antoni, in front of the Escola de Son Negre, with plenty of food such as pa, llonganissa, botifarrons, panxeta and llom, plus ample supplies of wine, all gratuïts. Inside the school building, ball de saló will be performed, whilst outside, you could have some fun watching, or participating in, some ball de bot. On Sunday, January 31st, you will have a chance to witness the Beneïdes (blessing of the animals), in front of the Església de Son Negre, at 15h00.

The photo (below) shows the Beneïdes activities in Son Negre, ca. 1919. 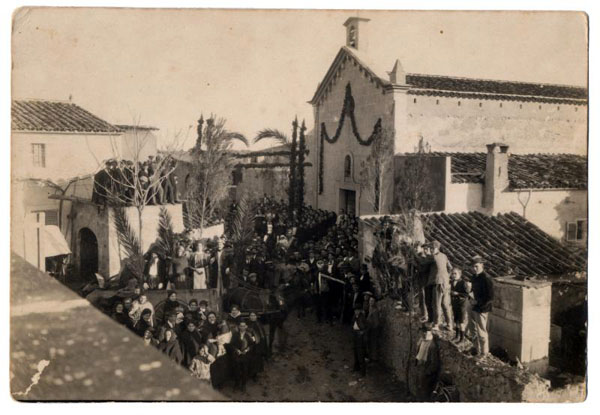 The photo (top) was taken near Felanitx, Mallorca, Baleares, Spain. The date: January 20th, 2010. The time was 13:20:24. The photo (bottom) was taken from the Internet, courtesy of sonnegre.es and its webmaster, Antoni Company.