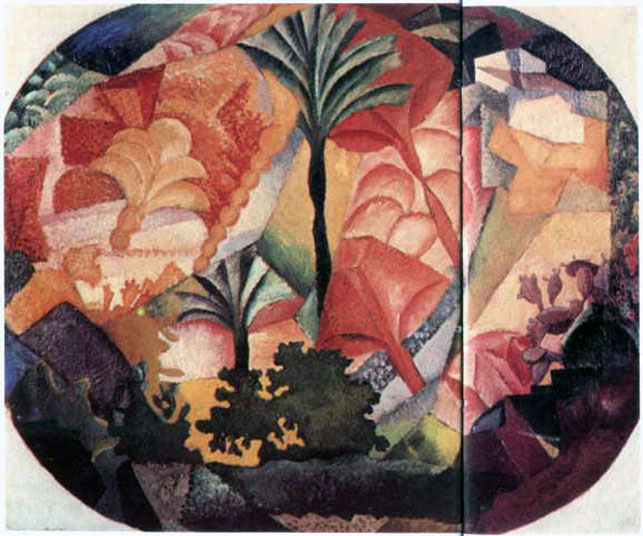 The Mexican painter, Diego Rivera (famous for his revolutionary murals) came to Mallorca in July 1914, together with his friend Jacques Lipchitz. Rivera had been in Paris since 1912, where he befriended Pablo Picasso and Juan Gris. Once in Mallorca, he got caught up in the outbreak of World War I and was thus prevented from returning to France. After spending a few months in Mallorca, he was able to travel to Barcelona and finally, to Madrid where he spent his time until the Summer of 1915. Only then was he able to return to Paris. Of course, all of this happened long before he met with Frida Kahlo in 1928 who he married in 1929.

During his prolonged stay in Mallorca, Rivera kept himself busy painting. There are quite a number of paintings known from that Mallorcan period, mainly landscapes and still lifes. Rumour has it that there should be four of Rivera’s paintings in Palma’s Cathedral but, I have not been able to locate any of them. When I inquired about such a possibility with the Cathedral’s Sacristán, he knew nothing about them. He was kind enough to take a painting off the wall for me to see if it was signed on the reverse, but no. If anyone out there should have information about any paintings of Diego Rivera’s on public view in Mallorca, I should be most interested to hear from you.

The image (above) was borrowed from the Internet, courtesy of fbuch.com. It is a reproduction of an oil painting on canvas, dated 1914, with the title Paisaje de Mallorca.