The Road To Sóller 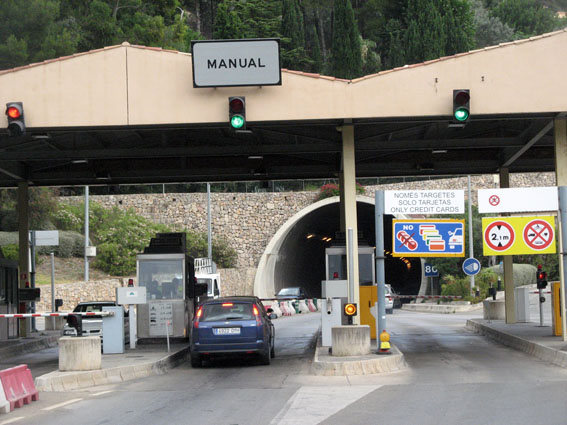 The road between Palma and Sóller passes through the longest tunnel on the island with its 3,023 metres, if you wish to use the tunnel.

When the tunnel was built under licence during the Nineties, some considerable allegations of bribes and kick-backs were made against some politicians in charge at the time and in particular, against the then President of the Govern Balear (Gabriel Cañellas) who ultimately had to resign from his office over this affair. If you followed the Mallorcan press just recently, you will have noticed that nothing much seems to have changed over the years. Corruption still prospers on this island and especially where large amounts of money are involved (Palma Arena, Son Oms, Parc de sa Riera, Son Espases, Centre de Interpretación de Cabrera, Palau de Congressos, to name but a few, are more recent public works projects currently under juridical investigation).

Operating for twelve years now, the tunnel to Sóller has been widely accepted by the citizens of Mallorca and especially by the vecinos of Sóller and Fornalutx, cutting their motorized journeys to Palma de Mallorca from a good 30 to 45 minutes down to some 15. The tunnel operates on a peaje basis; one-way tariffs for using the tunnel as a short-cut are 4.45 € for cars and 1.75 € for motorbikes, and even less for local residents. It would appear that these charges have not increased since last summer. Bicycles are not allowed through the tunnel for security reasons, nor are pedestrians.

Some Spanish motorists’ associations have alerted the public for years about security problems relating to this tunnel. No escape routes are provided, lay-bys are not in existence, closed circuit video surveillance is not installed. There do not seem to be special fire precautions in place either. In fairness it has to be said though that no major accidents have ever happened inside the tunnel since the opening in 1997, to my knowledge. Let’s hope that the good luck may last a bit longer.

My recommendation for visitors to this island would be, however, to combine an excursion to Sóller with at least one mountain tour. You could bypass the tunnel at the Jardíns d’Alfàbia entrance and continue along the Carrer d’Alfàbia (MA-11A) enjoying some beautiful natural landscape of the Serra de Tramuntana range during the ascent whilst at the same time putting your motoring skills to some severe testing. The town of Sóller will more than recompense any excessive sweating that your challenging endeavours might have caused you. If you need additional compensation you could continue to Port de Sóller. By the end of the day you will be sufficiently but pleasantly exhausted to have earned yourself the comfort and commodity of your return journey via the Sóller tunnel back to Palma, or to wherever you might have started out from. Have a safe trip.