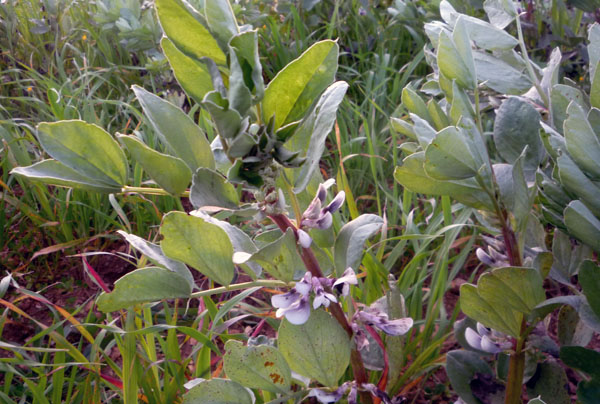 Whilst we are suffering from a bit of a cold spell in Mallorca of late, there is no doubt that Spring is around the corner, at least here in the Mediterranean area. Indication of a transition to warmer climes here in the Balearics is usually the February New Moon, celebrated as the New Year by the Asian world, also known as the Lunar New Year or Spring Festival. Then there are the almond blossoms, out in full force at this time of year on this island, an increased activity of bees and the prevalence of migrant birds passing between Europe and Africa needing a rest en route.

Let’s not forget the Fava Bean (Vicia faba). Flowering fields of Broad Beans are widespread in Mallorca at this moment. I rather think of the pale purple colour of the fava flower almost as equally exquisite as the more popular almond flower. I would encourage you to have a stroll in the Mallorcan countryside anytime soon, almost anywhere on the island where some agriculture is still being maintained, to see the delicate Vicia flower for yourself. You could then aim to come back to the same field in, let’s say, six to eight weeks time to try one of the young and tender beans fresh off their pod. The young leaves of the plant can also be eaten either raw or cooked like spinach but I would not want to encourage you to pilfer from a field that is not your own. I have, however, not seen the young beans or its leaves in the markets when in season. The fava beans are usually sold in their dry condition.