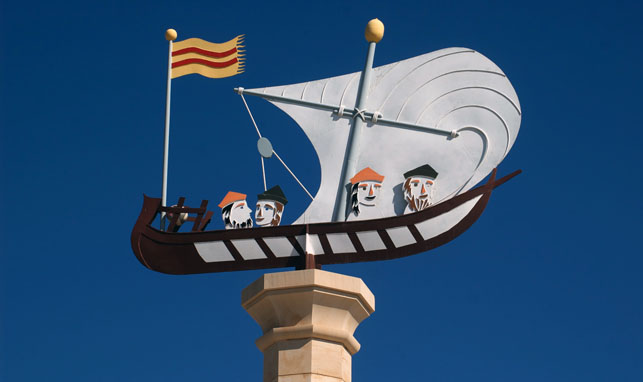 Abraham Cresques and his son Jehuda Cresques are two eminent cartographers of maritime maps and portolan charts from the 14th century. Their most famous single work may well be the Atles Catalán from 1375. A Rosa de los Vientos (Weather Vane) in their honour is displayed in Palma’s Paseo Marítimo, opposite the Auditorium, recognizing their importance for Mallorca’s seafaring history. The sailboat image was lifted from the Atles Catalán itself, a detail of which is shown below. The sailboat can be spotted in the left hand bottom corner. It depicts no other than Jaume Ferrer, a famous seafarer from the 14th century, his men and his vessel. 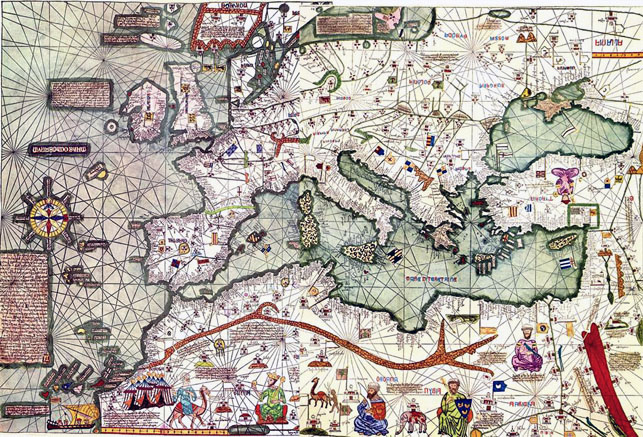 The photo was taken in Palma de Mallorca, Baleares, Spain. The date: August 22nd, 2010. The time was 10:49:30. The map was borrowed from the Internet. Thanks are due to Wikipedia.