A State of Emergency? 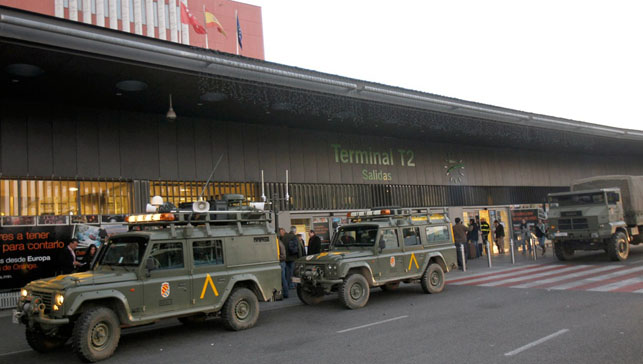 You may be aware that the Spanish government declared an Estado de Alarma (State of Emergency) one week ago in connection with an unofficial walk-out by Spain’s air traffic controllers. Since December 4th, Spanish air space has been under the responsibility of the Spanish Fuerzas Armadas (the army), and still is to this day, six days on. The estado de alarma was announced to be in effect for 15 days which means that the extraordinary situation will prevail at least until December 19th. Lately, it has been said by politicians that the State of Emergency could possibly be extended until later in the year or even, for up to two months. We may want to remind ourselves that Spain has not been in a State of Emergency since 1975, when Francisco Franco Bahamonde died, dictator during a period of 40 years, or since democracy was implemented here in 1978 with the current constitution. Yesterday, the Estado de Alarma was debated in the Spanish parliament where the government was criticised for having declared the State of Emergency on December 4th, when in reality the military was already put in charge of the air traffic control towers the day before, seemingly without any legal foundation.

I do not feel comfortable with all of this. Whilst I am not an expert in matters of constitutional law, to me a State of Emergency would have to be something like a natural disaster, a terrorist attack, a massive industrial fallout, a constitutional failure of significant proportions, a military putsch, a declaration of war, a 9/11 of sorts, something serious and threatening. Perhaps the air traffic controllers’ industrial action was something along these lines, but, I for one did not feel threatened or attacked. After all, the undeclared strike was not much more than a disrupted puente weekend holiday, admittedly effecting thousands. A pontis interruptus, so to speak.

Let me pose the question as to why do 400,000 people being unable to travel constitute a State of Emergency, when four million individuals who are unable to find employment do not? And, when a short-term National deficit of 65,000,000,000 Euro is not an estado de alarma, then what is?

A State of Emergency would be something that one hears dubious regimes in South America declaring, or countries governed by unelected military regimes such as in Myanmar, or perhaps the Turkey of twenty years ago. But Spain? Or any Western European country, in 2010, really? Let’s hope that this hasty political decision a week ago will not turn into an uncontrollable nightmare of sinister proportions in the long run. 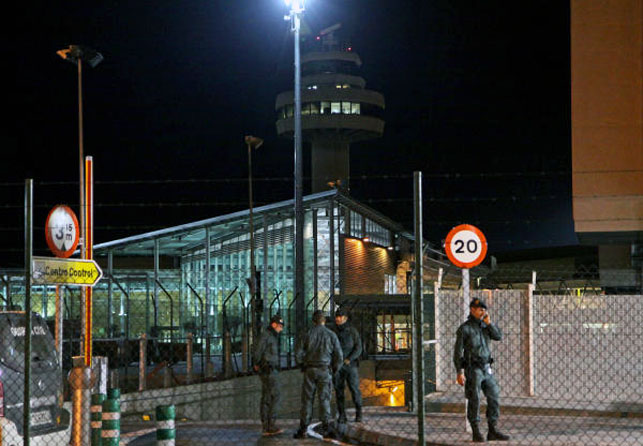 The photo (top) was borrowed from the Internet, courtesy of ElPais.com and EFE. It shows the Unidad Militar de Emergencia of the Spanish Armed Forces at Madrid’s Barajas airport, last Saturday, December 4th. The photo (bottom) was also borrowed from the Internet, courtesy of diariodemallorca.es and the unnamed photographer. It shows the Military Police at Palma’s PMI airport, last Friday, December 3rd.

By mallorcaphotoblog
On December 10, 2010
4 Comments