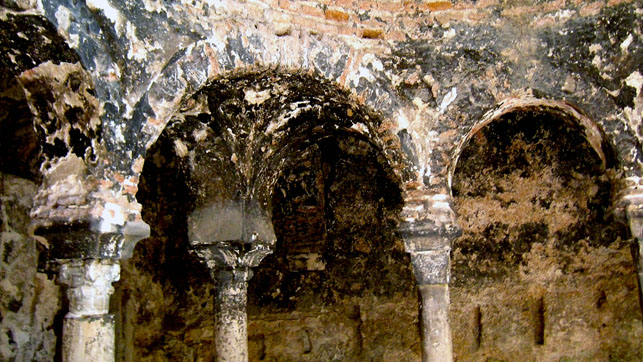 Did you know that there are two Banys Arabs (Arab Baths) in Palma? One installation is a modern recreation from the 1960s and can be found at the Pueblo Español, whereas the other one is authentic and hails from the 12th century (see photo). The real McCoy, bath-wise, can be found in Palma’s Dalt Murada area (upper old town), not far from the Cathedral. Just follow the signposts. The garden there is also very attractive, but I suppose that plants and flowers will be really lush a little later in the Spring. The baths are the most complete surviving example of Islamic architecture in Mallorca. If you pay a visit, look at the pillared columns in the square room where steam used to be provided. You’ll find that all twelve capitals were masoned individually and diverse. Admission is 2.00 €.