It must be one of life’s ironies that Gustav Mahler’s Symphony No. 3 should be played tonight at Palma’s Auditorium, in the very week when the Conservatives won the popular vote in last Sunday’s autonomous, regional and municipal elections, here and virtually everywhere in Spain. People’s musical tastes tend to be quite conservative and classical music is now more popular than ever, at least here in Mallorca. Mahler’s music, however, was never considered conservative in his time. His Symphony No. 3 was groundbreaking for its length (95 minutes, sometimes with an added intermission), for its vast orchestral requirements and for its large women’s choir as well as the boys’ choir. It is for these reasons that this symphony is not very often performed; most orchestra’s resources do not normally conform to the work’s reliance on sheer manpower even though the Symphony No. 3 does not rely quite as ambitiously on human resources as his Symphony No. Eight would.

I had the privilege to be able to attend the Orquestra Simfònica de les Illes Balears concert rehearsal last night. If ever you have a chance to hear a musical work rehearsed, jump at the opportunity, regardless of what musical direction this might entail. The performance might be less sleek than on the night and the musicians might not be formally dressed, but the music is often more raw around the edges. You can see the exhaustion, virtually smell the sweat and feel the excitement of the composer’s creative passion. The Symphony No. 3 has six movements; the composition was written between 1893 and 1896, when Mahler was barely 35 years old. Gustav Mahler died 100 years ago last week, hence the commemorative concert performance in Palma. The Symphony No. 3 will be conducted tonight at Palma’s Auditorium by the extremely able Salvador Brotons, with arias sung by Marisa Roca (mezzo-soprano), accompanied by the lovely Capella Mallorquina and the Chor Infantil d’Andratx. I’d like you to go, especially if you did not vote for the Partido Popular. Some tickets are still available at 19 € and 27 €. Students pay 6 €. You can make your reservation through ServiCaixa.com.

A section from the Symphony’s Fourth Movement features in Luchino Visconti’s film Death in Venice, where it is presented as the music Gustav von Aschenbach composes immediately before his death. 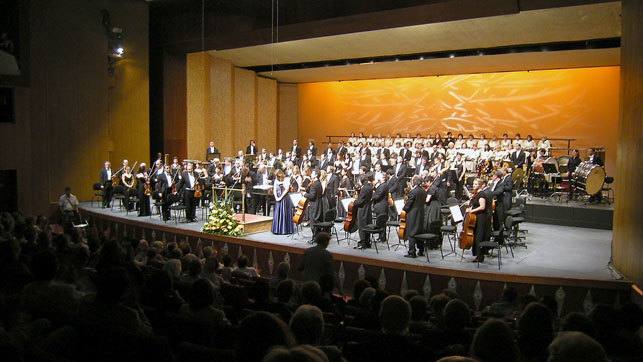