The Fortress of Sant Carles 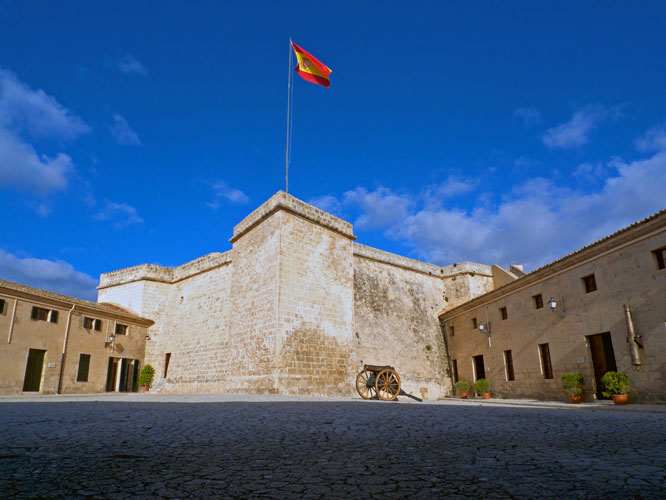 Around the year 1600, the Mallorca’s Col·legi de la Mercaderia (Merchants’ Guild) proposed the construction of a stronghold to protect the harbour of Porto Pí. King Felipe III gave order to construct such a fortress in 1608; kings are usually on the slow side. Building work began in 1610 and was completed in 1612. The funding was divided between the monarchy and the Merchants’ Association. The fortress was first called Castell de Portopí and later renamed as Fortalesa de Sant Carles, in homage to the Viceroy of Mallorca, Carles Coloma de Saa (1567-1637). The fortress became Mallorca’s most substantial fortification, together with the Mediaeval city wall.

In 1662, the fortress was expanded, and once more, in 1890. During the 18th century, the Castell was used as a hospital for tropical diseases. At the time of the Spanish Guerra Civil (Civil War), the castle was decisive in anti-aircraft resistance; once the Republican movement was defeated, Sant Carles also served as a military prison.

Now, Sant Carles is home to the Museu Històric Militar (Army Museum). The display arrangement has recently been remodelled. The Sant Carles museum is worth a visit; opening hours are from Monday to Friday (09h00 to 13h00) and Saturdays (10h00 to 13h00). Entrance admission is free.

By mallorcaphotoblog
On January 11, 2012
2 Comments