Campos and the Re-Animated Cossiers 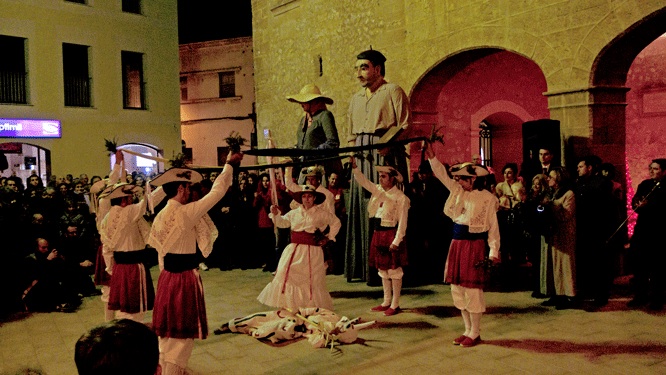 The village (or is it a town?) of Campos celebrated their Patron Saint yesterday, Sant Julià. Festivities started last Friday, January 6th, and will continue until next Saturday, January 14th. Last night was special in as much as a new troupe of Cossiers danced and performed for the first time after perhaps 100 years. There are Cossiers dancers in other Mallorcan pueblos, such as Alaró, Montuïri, Algaida, Manacor, Pollença, Inca and Palma, as well. Campos used to have Cossiers a long time ago, too, but somehow the tradition got discontinued, until now. I went there and saw the defeat of the Dimoni at the hands of the six male dancers together with their female lead Dama. Neat.

The New Year has started in Mallorca with a number of village and traditional Festes. There were Reyes (the Kings, January 6th), which is celebrated all over Spain. After that, Sant Julià in Campos (January 9th). Next week will see Festes in Algaïda (Sant Honorat, January 16th), before Sant Antoni and his bonfires of Xeremies are celebrated all over Mallorca. Sant Antoni is probably the most typical traditional one of all Mallorcan Festes. Some bonfires will be lit as early as next Friday (January 13th, in Portocolom). Then, Pollença will celebrate Sant Sebastià (January 20th) with a Processó dels Cavallets de Pollença, whilst Sant Sebastià is also the Patron Saint of Palma. There, Festes Patronals (festivities) will be put on between January 14th and 22nd. 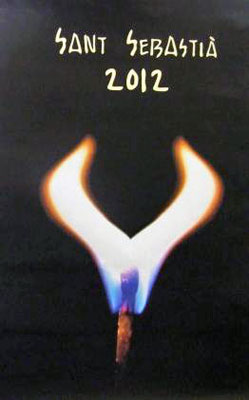