I apologize for not offering you a better photo of yesterday’s Super Moon but there you go. The intention was there but my equipment does not seem to be good enough for the moon, the sky in general, flowers or other close-up objects or really anything. Luckily I don’t mind; I hope you don’t either.

Yesterday’s Full Moon was the biggest and brightest moon of the year having passed closer to the Earth than usual. I found Sister Moon to be surprisingly beautiful, very feminine, rather warm and glowing. It’s just a shame that the visual effect is different on the human eye than it is through my camera lens. What can one say?

The Super Moon came within about 357,000 km of Earth, which is about 22,000 km closer than average. The moon’s distance from Earth varies because it follows an elliptical orbit rather than a circular one. I hope you had a good night’s sleep. 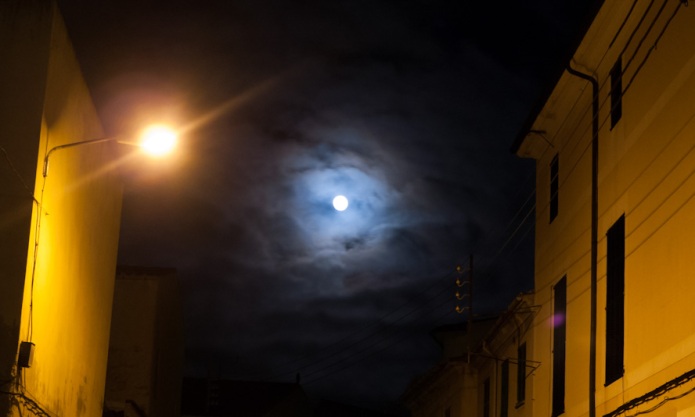