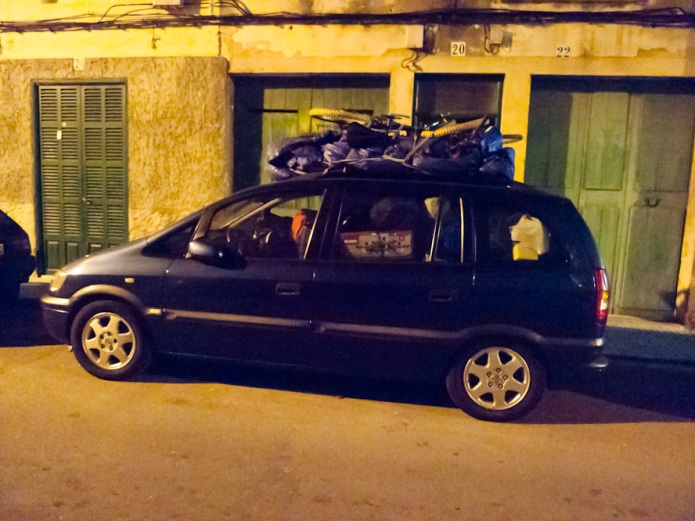 Tomorrow, July 20th, will be the first day of Ramadan, the ninth month of the lunar Islamic calendar, lasting for 29 or 30 days according to the visual sightings of the crescent moon. It is the Muslim month of fasting in which all followers of the religion of Islam refrain from eating, drinking, smoking and sexual relations, from dawn until sunset. Today, July 19th, is the night of the New Moon, and not just in the Muslim calendar.

Most Muslims in Mallorca hail from Morocco or other North-African countries such as Algeria, Tunisia or Egypt. Quite a large number of Maghreb citizens habitually go back to their native country, wishing to spend the time of fasting with their families. We saw our neighbour Kamal packing his car to the hilt with boxes, suitcases, mattresses and even bicycles for his long sea journey back home to Nador (Ennaḍur) in eastern Morocco where his parents live, of Berber descent. Kamal will not return to Mallorca until the end of August after the feast of Eid al-Fitr at the end of Ramadan.

I am quite fascinated how similar traditions are throughout the world. In China, millions of people return home every year to their family of origin’s abode for the annual festivity of New Year. In Japan, it is customary to return home for the Sakura festival of Cherry Blossoms. In the USA, people head home for Thanksgiving Day, and in Europe, it used to be quite common to return home for Christmas. Not all of us may be quite so laden with presents, though, when we return home or am I fooling myself?