The Slow Decline and Fall of Bullfighting in Mallorca 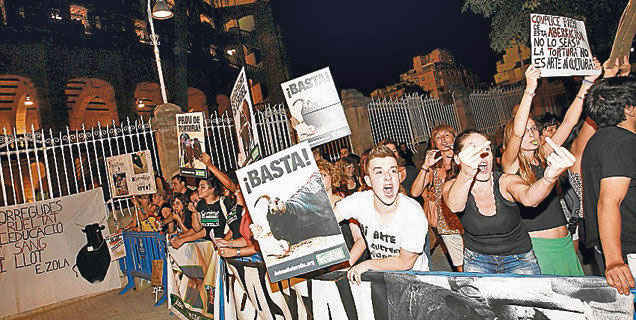 There was a bullfight event in Palma’s Coliseo Balear the other night (Thursday) with three Toreros. The event will have been the only corrida this year in the island capital. There won’t be a bullfight in Felanitx this year either, for the third consecutive year, and Inca has also cancelled its annual bullfight. The anti-taurine movement may slowly get the upper hand in Mallorca after all. There were close to one hundred animal rights protesters outside Palma’s bullring on Thursday night making their voices heard, whistling and shouting insults at the pro-bullfight spectators. The bulls, it seemed, were not perturbed, even though in the end not a single bull survived the spectacle. 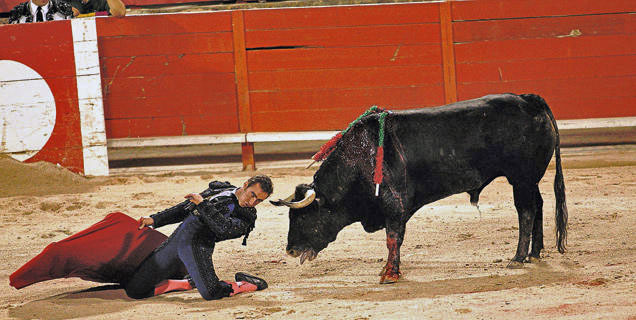 One bullfight was staged in Alcúdia earlier this year, and another one in Muro. That was it, as far as I know; three bullfighting corridas in a whole year when in the past there may have been ten or twelve. Times they are a-changing. 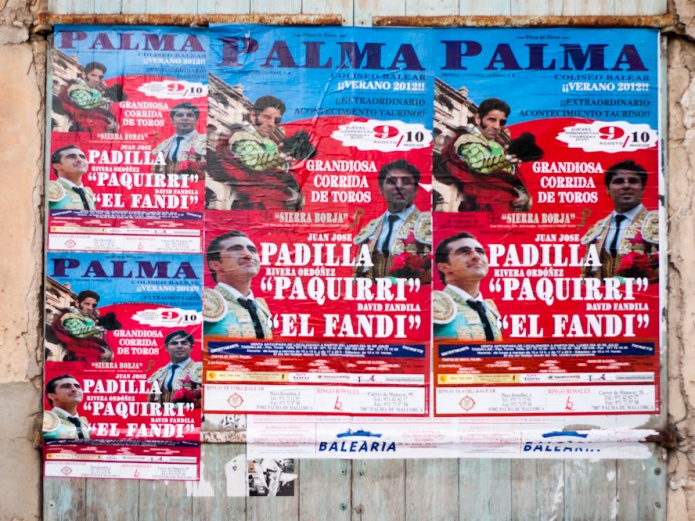 The photos (top and centre) were borrowed from the Internet, courtesy of diariodemallorca.es and the photographer, Manu Mielniezuk. The photo (bottom) was taken in Felanitx, Mallorca, Baleares, Spain. The date: July 26th, 2012. The time was 19:36:48.

By mallorcaphotoblog
On August 11, 2012
4 Comments