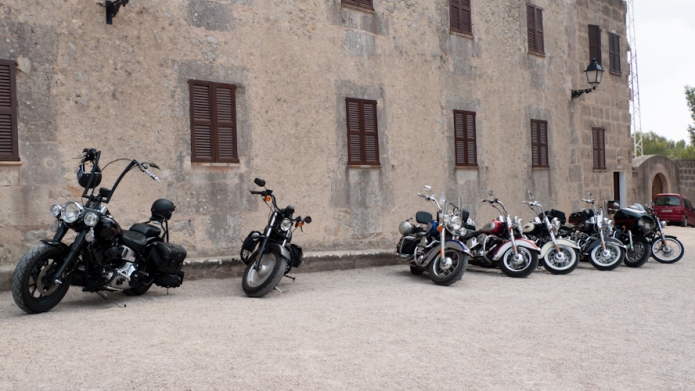 I was trapped in my car amidst a horde of Easy Riders the other day, a long trail of perhaps twelve or fifteen Harley-Davidsons, with three heavy machines ahead of me and the rest behind. Mallorca’s secondary roads are quite narrow, so overtaking was not an easy option. But, hey, they were considerate and as soon as there was no oncoming traffic and the vista was clear, they waved me to pass, one at a time. They were driving quite conscientiously. Muchas gracias.

My friends and I were slightly concerned that the rowdy, or rather not so rowdy, lot may have been heading for the same restaurant as we were for our lunch, but no. We had a pleasant meal of cochinillo (suckling pig) and leg of lamb and had soon forgotten about the previous encounter. After lunch we headed for the monastery of Bonany, on the outskirts of Petra. You can imagine our surprise when walking up from the car park we passed a noisy gathering of leather clad folk having a picnic-type party. Here they were again, the Easy Riders. Apparently they were from a Harley-Davidson penya in Palma. Oh well. Apart from the exceedingly loud rock music blasting out, they were quite amenable, really. 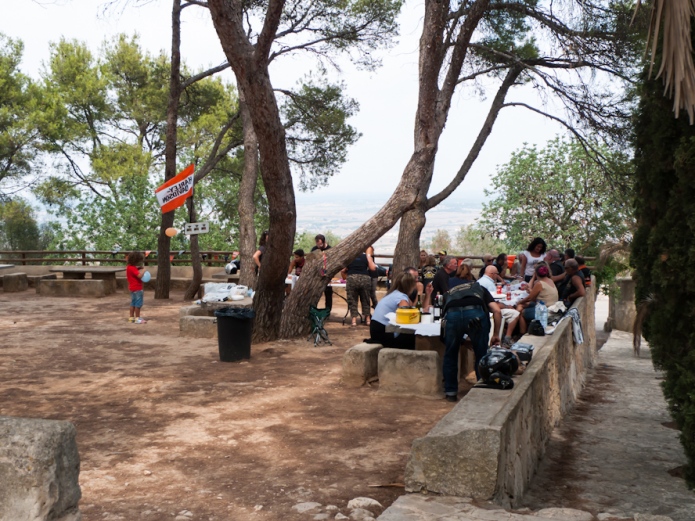 By mallorcaphotoblog
On September 13, 2012
2 Comments