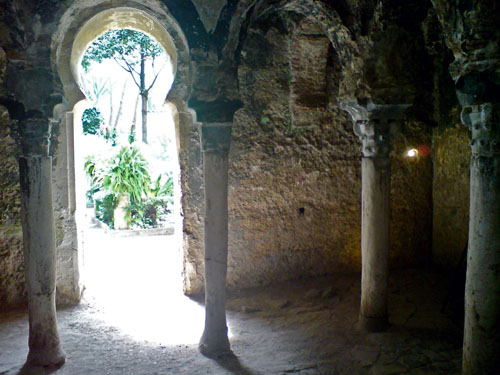 The year 707 A. D. marked the beginning of the Medina Mayurka, the settlement that once had been Palmaria Palmensis and that today is known as Palma de Mallorca.

No physical evidence remains from those early days of Muslim life in Mallorca except perhaps the Banys Arabs (the Arab Baths), reportedly dating from the 9th Century and supposedly once belonging to a Moorish nobleman. It’s a nice place to have visited at least once, not least for its lovely shaded garden. Admission is 1.50 €.