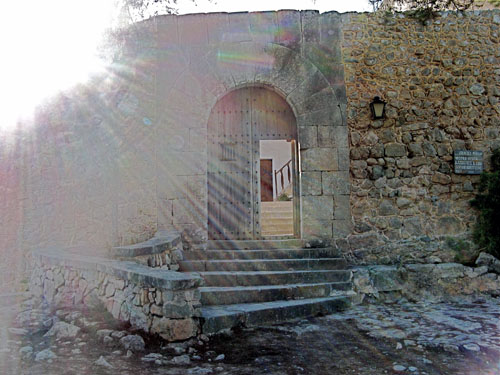 Santanyí in the south east of the island is a very particular Mallorcan pueblo, famous for artists like Cittadini, Sapere or Irueste, writers such as Blai Bonet, musicians like María del Mar Bonet, plus a history full of smuggling and contraband activities.

The nicest things about Santanyí may actually be found just outside of the village: the Parque Natural de Mondragó, Cala Mondragó and Cala S’Amarador, some 170 Talaiotic and pre-Talaiotic sites, and perhaps, best of all, the Oratori de la Consolació.

This ermita was built during the 16th century. It was here where the people of Santanyí took refuge from the threat of impending pirate attacks. The Santanyiers look after this small oratory very well, even today. A rota is on display in the small court yard, listing the names of Santanyí families in charge of taking care of the sanctuary, opening up the place, keeping it clean and locking it up again at night.

One has truly become integrated into this Mallorcan community once you have been deemed trustworthy to join the Consolació rota schedule.

Access up the hill to the oratory is now somewhat restricted, since just over one year ago a neighboring quarry caused the collapse of the tarmac access road. You have to walk up nowadays, unless you own a mula.