The Sunna Mosque in Felanitx 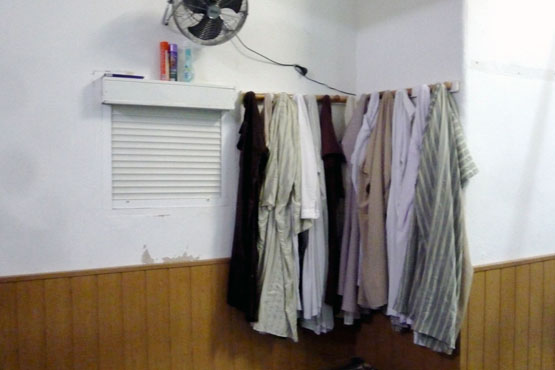 The new Mezquita Sunna Felanitx has been a long time in the coming, but now only very little is needed for its completion. In fact, prayers were held in the new mosque yesterday (Friday) at around 13h00 as had been for the previous two Fridays.

The Final d’Obra has not been signed yet and thus, the Permís d’Obertura is still missing. Mains water and electricity still need to be connected. But in a couple of weeks’ time the grand day of inauguration should finally have arrived, Insha’Allah.

In the meantime the rented premises in Carrer de la Mar are still being used as the local mosque during all other days. I went there a few days ago and was allowed in to take a couple of photographs. In a way, it seemed as if one was pleased about my curiosity and interest; an indication perhaps that the local folks of Felanitx seem to shy away from contacts with their Maghrebian vecinos.

The djellabahs in my photo are not an obligatory garment for conducting one’s prayers in the direction of the rising sun but are available in case one would want to wear one.