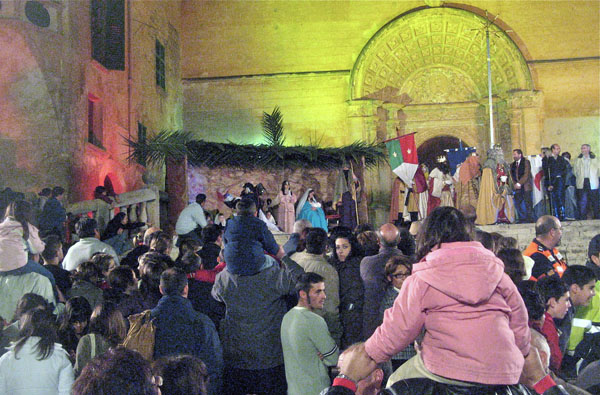 The holiday of the Three Kings from the Orient will be celebrated here in Mallorca tomorrow (Epiphany), and all over Spain. It is a public holiday and apart from Easter, this is probably the most important religious as well as communal festivity of the year in España.

It is important to know that Els Reis Mags d’Orient (Caspar, Melchior and Balthazar) will make their entry already tonight, January 5th. The Kings’ cavalcade will bring with them three symbolic gifts: gold, frankincense and myrrh, plus tons of presents for the children of Spain and Mallorca. Here in Felanitx where I live, presents will be distributed by the Kings’ helpers from door to door. It would also appear that La Crisis did not put much of a damper on shopping habits in Spain over Christmas, New Year and Three Kings.

The Adoración de los Reyes Magos is a pageant that will be performed in Ses Voltes below the Cathedral of Palma, tomorrow at 12h00. Admission is free, but you better make your way there early.