Trains To Sóller Will Be Suspended 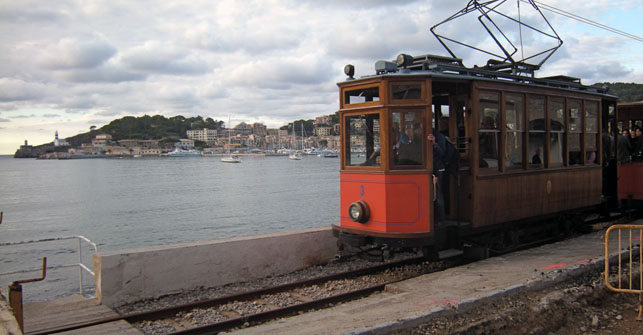 Just in case you were planning to go to Sóller by train some time in December or January, and perhaps take some friends or visitors there, well, you can’t. Services on the Ferrocarril de Sóller will be suspended between Palma and Sóller from December 9th, 2010, to February 1st, 2011, due to some replacement work on the tracks inside the Túnel Major (the longest train tunnel), as well as maintenance work on the tracks between Bunyola and Palma. A heavy duty track levelling machine (photo below) has just arrived in Mallorca via the Port de Barcelona, in time for the maintenance work. The mammoth tamping machine had been ordered to the tune of 1,500,000 Euros from the Austrian makers, Plasser & Theurer. The equipment had to be tailored to specifications to fit the gauge of the Mallorcan track to Sóller, i. e. 914 mm and thus, well below the international standard of 1,000 mm and above. The yellow beast also had to be manufactured in a slim version to fit the narrow tunnels between Bunyola and Sóller.

The tram between Sóller and Port de Sóller will be suspended between December 14th and 19th. A new track is being built at the moment, as per my photo (top), much to the annoyance of local residents and shopkeepers, and services will be changed from the old tracks to the new route during the dates given.

The photo (top) was taken in Port de Sóller, Mallorca, Baleares, Spain. The date: November 1st, 2010. The time was 16:28:33. The photo (bottom) was borrowed from the Internet, courtesy of diariodemallorca.es and the photographer, Joan Morá.

By mallorcaphotoblog
On November 8, 2010
2 Comments