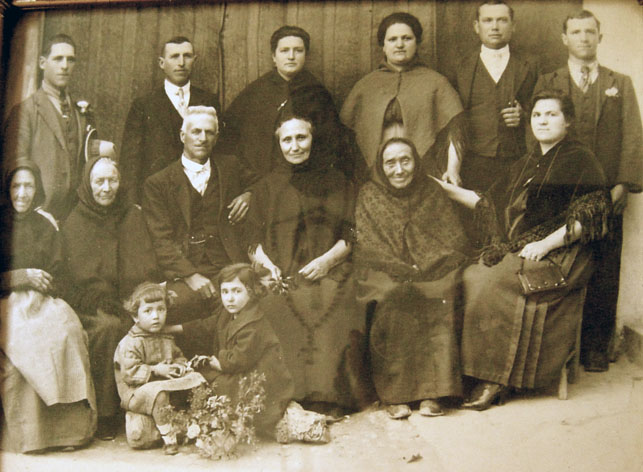 Mallorca has predominantly been a rural society for many centuries. People got married – in church – and had lots of children, sometimes five or six of them. I know families who even had nine or ten, even eleven offspring, only two generations back. It’s easy to see why that was so: farming the land was arduous, and the more hands the campesino had available to help, the better. There was no Social Security in Spain before 1900, and only in 1932, some sort of embrionic Seguridad Social system was implemented. Numerous children were needed to provide for the family at a later stage, because no one else would.

Having many children in those days also presented inherent problems. More often than not, there was not enough heritage around to be distributed. The Mallorcan society developed a clever system that set the rules for parents to provide for their offspring.

If a family had more than one son, then the eldest male would inherit the possessions, i. e. the land and the property. The second male would join the military ranks. The third male child would join the Church, either as a monk or as a priest. If there were four or five or six male children, similar rules applied but, I am not sure that I remember them correctly.

If a family had more than one daughter, then the eldest female would be married off to the best possible suitor with bienes (possessions) that would ideally be joining the existing stock of property. The second female would join the Church and become a nun. The third daughter would be kept in the house, unmarried, to be available to look after the parents in their old age. Again, if there were four or five or six daughters, as sometimes might happen, similar rules applied but, again, I am not certain what actually happened.

Nowadays, you will not find many families in Mallorca with more than one or two children. Farming and agriculture are not the main source of income anymore. The affiliation with the Catholic Church is not as paramount as it used to be. Poverty is not known amongst Mallorcan families the way it was fifty or a hundred years ago. Social Security and State Pensions are secure and quite adequate. All seems well, give or take.

By mallorcaphotoblog
On November 14, 2010
2 Comments