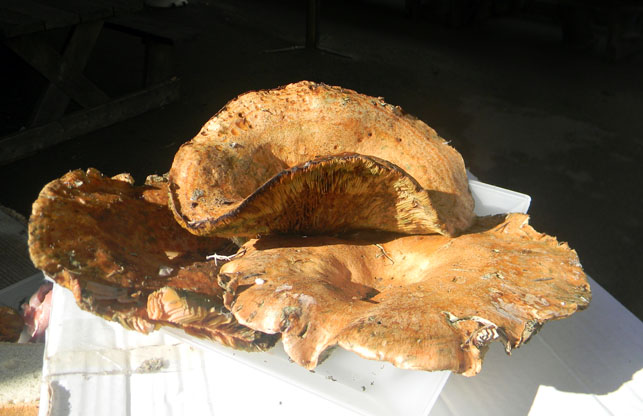 The Fira de l’Esclata-Sang i de la Muntanya in Mancor de la Vall near Inca is an annual affair, here in Mallorca. This year, it happened from November 26th to 28th, with Dimonis frolicking last Friday, Gegants congregating last Saturday and Xeremiers assembling yesterday, Sunday. Somehow I feel that this undisturbed mountain pueblo manages to put on one of the liveliest and most cheerful fiestas and firas of all of Mallorca. Maybe I just really like mushrooms, Dimonis, Correfocs, giants and Xeremiers and people in good spirits. Perhaps next year you could come and see some of the fun for yourself.

Today’s photo (top) shows, fittingly, mushrooms of the Esclatasangs (Lactarius sanguifluus) variety, also known as Bleeding Milk Cap. They were in fact the biggest ones of their kind I had ever seen. The three exemplars measured a good 20 cm (6 inch plus) in diametre; they were probably grown in a greenhouse. I did not eat any Esclatasangs this time but, Girgolas de Cardo instead. Yumms. 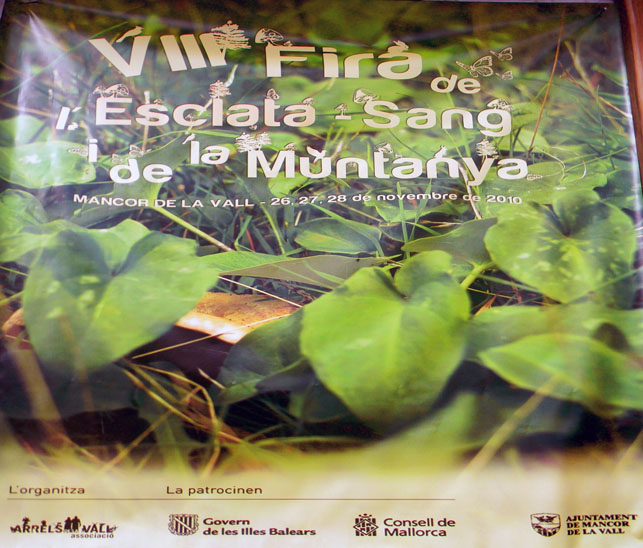