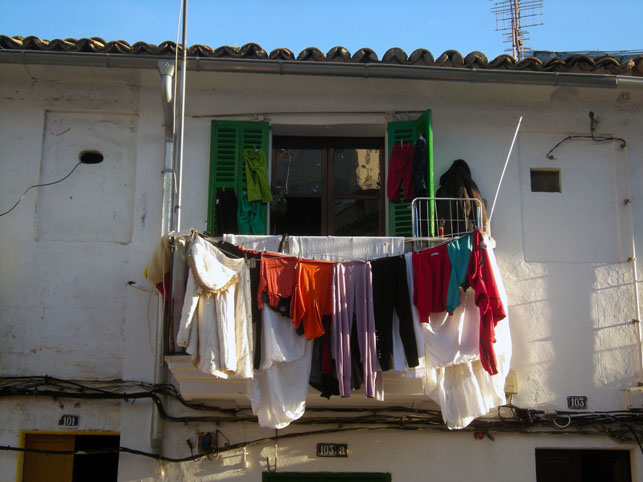 Last night, I had the dubious privilege of attending a Junta Comunitaria (assembly of the community of owners) in Palma’s Santa Catalina district. No, I do not own any property in Santa Catalina, nor anywhere else in Palma, thank you for the asking. But, the meeting gave me a good enough excuse to have another stroll down memory lane.

A year ago I commented on the barrio of Santa Catalina, saying that this used to be an area of fishermen and flour mills but, lately had acquired a bohemian and alternative feel to it, with its picturesque streets being lined with restaurants and bars popular with Spanish and foreign yuppies. Well, twelve months on one cannot overlook the fact that this old suburb of Palma and perhaps the whole of the Balearic capital city is changing beyond recognition. Carrer Fàbrica has been converted into a lifeless pedestrian area, the century-old Mar i Terra theatre has undergone a long and costly restoration without offering as much as a scheduled programming of any sort, armies of traffic wardens dish out parking tickets by the dozen and new restaurants and shops everywhere in Santa Catalina aim to dispel the myth of La Crisis having taken hold of Palma and, indeed, of Mallorca as a whole, never mind of Spain. The district’s inhabitants of old are subtly or, as the case may be, rather arrogantly being elbowed out of their life-long residences. Mammon rules with a vengeance.

Believe me that not all of it is a pretty sight, attractive as it may appear on the surface.