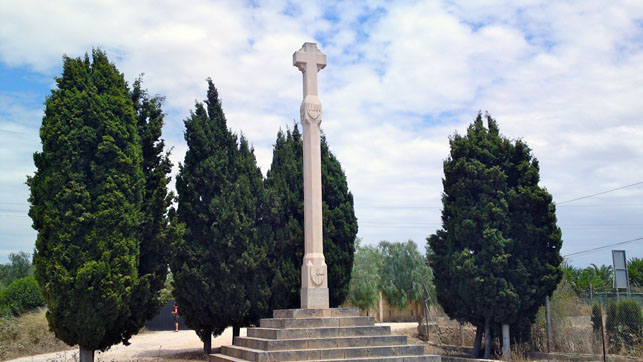 Llucmajor is historically important for a date in 1349 when a battle was fought at the Camp de Sa Batalla near the village between King Jaume III and his brother-in-law, King Pedro from Aragón. King Jaume III was defeated and killed. That was the end of the Regne de Mallorca (Kingdom of Mallorca). A commemorative monument was erected at the spot where history was made (see photo).

In 1543, King Carlos V from Spain awarded Llucmajor the status of township. With this came the privilege of holding the annual Férias de Llucmajor which have been held ever since, at the end of September, every year. Of course, Llucmajor’s history stretches further back than the 14th century. The Talayotic early settlement of Capocorb Vell, believed to be from ca. 2000 B. C., belongs to the town’s jurisdiction. Other Talayotic settlements in the Llucmajor municipality seem to date back even further to 5000 or 4000 B. C.

Llucmajor is now no longer fighting battles. Fate has dealt it a good hand, after all. Llucmajor is the largest of all of Mallorca’s communities, by land extension, and as luck would have it, this area includes Arenal. This puts Llucmajor in the top league of earnings from tourism, together with Calvià and Santanyí. The recently remodelled Plaça España is the central square with the Casa Constitucional, the town hall. Here you have the farmers’ market, three times a week; the fruit and vegetable market on Fridays is the largest in Mallorca. Before tourism brought affluence to Llucmajor, it was the local shoe making trade that created wealth for this community in the early part of the 20th century, plus, I believe, the careful crafting of Aguardientes and Licores. The parochial church of Sant Miquel, locally called La Micaela, dates from 1246, and was first documented in 1248 in an edict by some Pope or other. The remains of Jaume III, the defeated King of Mallorca, were buried in this church in the 19th century, before they were moved to La Seu in Palma, the Cathedral.