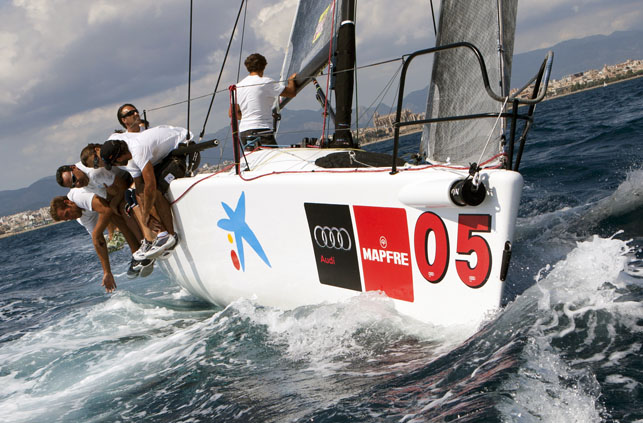 The 30th Copa del Rey will be held in the Badia de Palma (Bay of Palma) between July 30th and August 6th. This sailing event is one of the most important regattas in the Mediterranean Sea and can be compared with the Fastnet Race in England, the U. S. Big Boat Series of San Francisco, the Middle Sea Race in Italy or the Sydney to Hobart race in Australia. It all began in 1982 when a regatta was held in Palma as one of the events of the Campeonato Internacional del Mediterráneo (International Championship of the Mediterranean). In 1984, the boat race was renamed as Copa del Rey.

For this year’s event, a total of 118 boats have registered for the week-long sail over ten trials, including 60 vessels from Spain and the remainder, from countries like Italy, Germany, Britain, France, Russia, USA, Argentina, the Netherlands, Portugal, Japan and the United Arab Emirates. Today at 13h00, the participating teams will be presented at the Real Club Náutico de Palma. The actual regatta will be held from August 1st to 6th.

The photo was borrowed from the Internet., courtesy of prensarcnp.es.