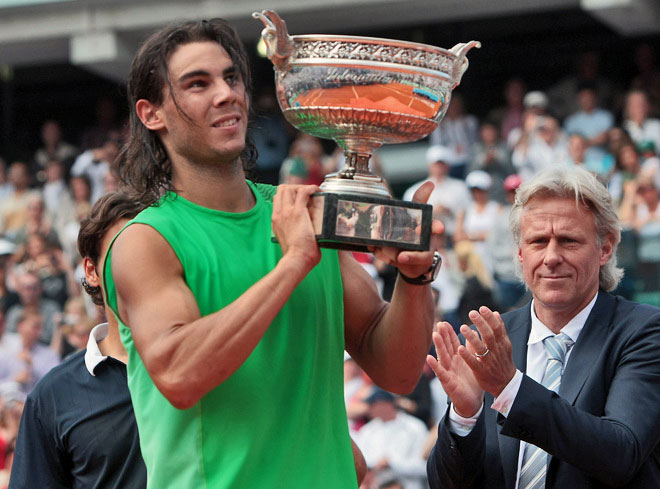 Rafa Nadal has done it again. He beat the seven-year itch and conquered his seventh Paris Open trophy at Roland Garros yesterday, Monday, after Sunday’s final had to be interrupted because of rain, and continued on Monday. Nadal has won Roland Garros in 2005, 2006, 2007, 2008, 2010, 2011 and now, 2012. Congratulations to the man from Manacor. Only Richard Sears, William Renshaw, William Larned, Bill Tilden and Pete Sampras have achieved a similar feat by winning the same Grand Slam seven times.

And the man has only just turned 26.

The photo was borrowed from the Internet, courtesy of futuretennisstars.com and the unnamed photographer.