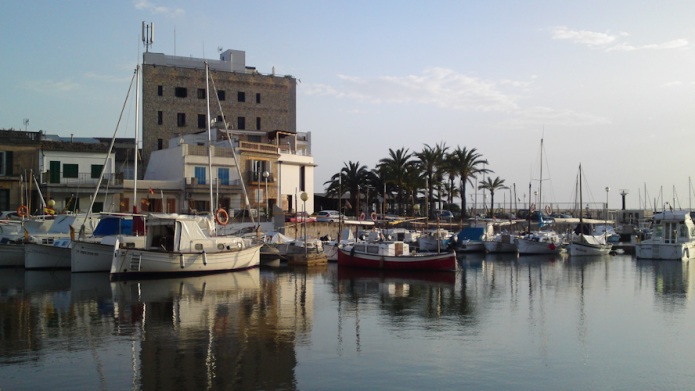 El Portitxol is the name of what used to be a fishing harbour just outside of the island capital. El Portitxol forms part of El Molinar which is now a suburb of Palma. Over the last twenty years, both, El Portitxol and El Molinar have slowly but surely begun to be transformed from a down-market area where fishermen and gypsies lived, as well as workers and other people on low incomes, to a popular area with lots of bars and restaurants, some of them a little chichi and some of them catering for Palma’s yuppies.

Even though El Portitxol is near the capital city and really part of it, it seems worlds apart. If you go there early in the morning or late in the evening, it seems rather sleepy and rural. You can hear and sense the busy life going on in a distance but here, time seems to pass much slower. In fact, it is so quiet and laid back here that some wildlife can be found prospering here, such as the Corb Marí Emplomallat (Common Shag). A rather large flock gathers every late afternoon on the low rocks between Club Nàutic Portitxol and the Club Nàutic Es Molinar. 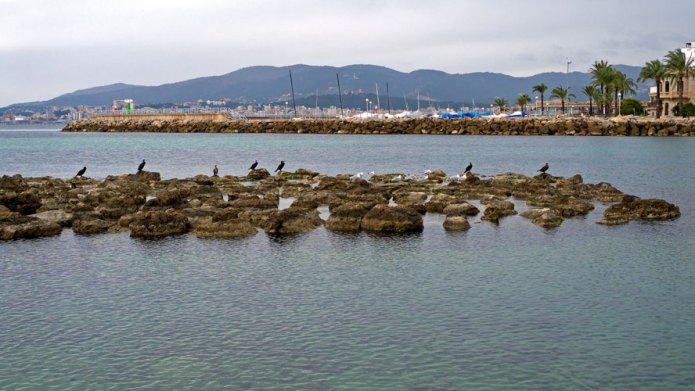