Palma de Mallorca is a city of patios (inner courtyards). All courtyards were open to the street until the beginning of mass tourism in the second half of the twentieth century. Passers-by in the street used to be allowed to enter any patio and help themselves to some water to quench their thirst, a custom that is not adhered to nowadays any longer.

I did another patio tour yesterday, this time covering Palma Alta. One of the dozen or so patios we visited was Ca’n Oms.

During the 16th century, Hug de Berard Palou was the owner of Ca’n Oms, the house shown here. In his time, he occupied various important political positions and is best known for recovering the Archipelago of Cabrera from the Saracens. For this accomplishment, Felipe II granted him a title of nobility. In 1642, his descendants sold Ca’n Oms to Jerònim Doms. His family used Ca’n Oms during the 17th and 18th centuries as their Palma residence. In the 19th century, one of his descendants married Ignacio Truiols Vilallonga of the Marquises de la Torre family who owned Ca’n Oms until 1982 when the Ajuntament de Palma bought the property.

The Ajuntament de Palma offers a boring looking website which on second glance offers a wealth of information about some 60 patios and their historical relevance. 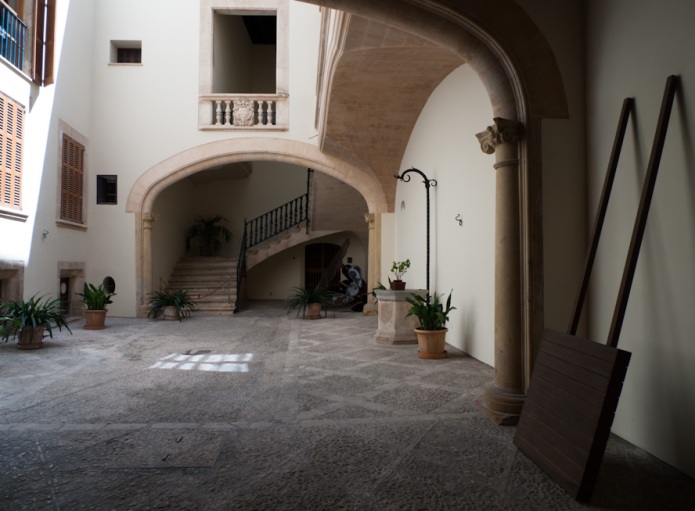