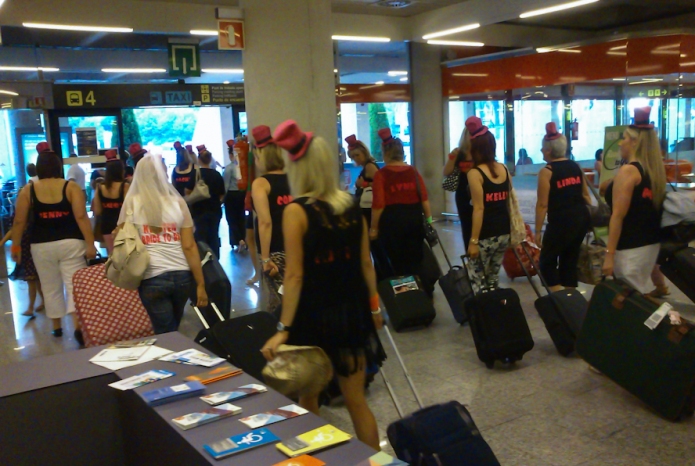 If you spend enough hours at Palma’s airport like I did the other night waiting for a friend whose plane was delayed for two hours, you’ll be treated to all sorts of sights. Such as Kristen, the bride to be, and her female friends, quite probably heading for Magaluf on a Hen Night outing.

Over the last five years, Mallorca has come to specialize in Hen Nights and Stag Does, on a par with Ibiza, Barcelona, Benidorm, Amsterdam and Budapest. Mallorca may be less extreme in its offering when compared to Amsterdam and Budapest, but the sun and the sea more than make up for it, and there is always Sangria and sex. Hen Weekend packages are available from £ 69 (88 €) per person, excluding flights, with no upper limit for the more discerning hedonists. Mind you, there was not much discernment recognizable as far as Kristen’s cheerful troupe was concerned.