Sa Feixina and the Fallen Heroes 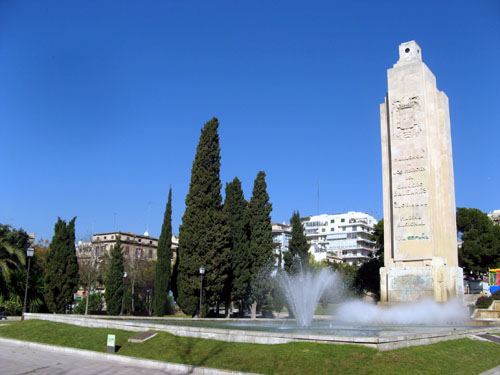 There is a nice park in central Palma de Mallorca, right next to the Sa Riera torrente in Passeig Mallorca, and bordered by the Baluard, a fortress now converted into the Es Baluard Museo d’Art Modern i Contemporani de Palma.

The park is called Sa Feixina.

Skateboarders dig the challenging terraced levels of the park. Mothers (and nannies) of young children like it for its swings, and elderly folks take pleasure in the fitness installations for people of a certain age, the Tercera Edad.

The park struts a colossal monument dating from the Franco years and reminding us of the dark hours of Spain’s Civil War. The monument pays homage to the crew of the battleship Crucero Baleares, sunk in March, 1938, with the loss of 786 lives. Some Spanish politicians argue that this Civil War memorial ought to be dismantled. The Mallorcan politicians are not very forthcoming with their positions in the matter.