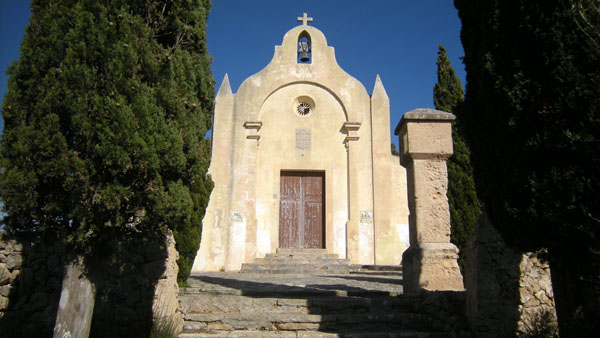 One of the nicest places you will find on the island of Mallorca has to be the Puig d’es Calvari in Felanitx. The Oratorio del Puig des Call was built there in 1851 and inaugurated in 1856. The chapel sits at the end of a Vía Crucis with 14 Stations of the Cross and at a height of 214 m. After years of neglect and some undue recklessness by an unpopular estranjero, the pilgrims’ devotional way up to the small chapel was in a state of deterioration and quite some disrepair, but now help is at hand. An agreement between the Consistorio (townhall) in Felanitx and the Bisbat (diocese) in Palma has resulted in a rehabilitation workshop being set up with the financial help of the Conselleria de Treball of the Govern de les Illes Balears to restore the steps, the drystone walls, the walkway and the adjacent green zones to a presentable state of working order. As is custom in Mallorca, financial support was also solicited, and forthcoming, from the European Union coffers in Brussels.

A team of 20 people, mostly from the unemployed and the unemployable, was formed and trained. After some eight weeks of labour, work is now almost finished, and not a moment too soon. A procession of devoted Felanitxers will want to make their way up to the oratory during Setmana Santa (Holy Week, two weeks from now) to re-enact and witness Jesus’ Way of Sorrows past the 14 stations of the Camí de la Creu. 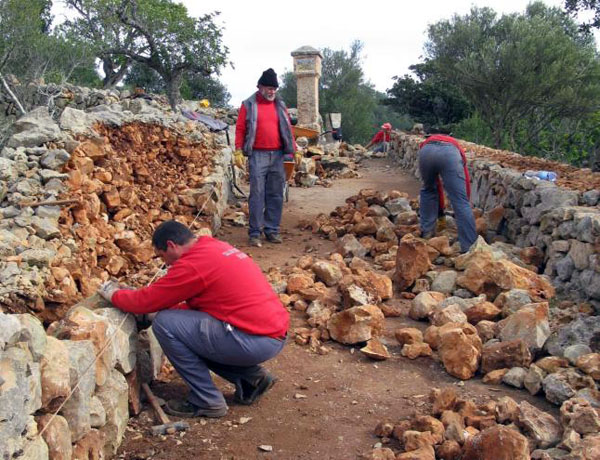 The photo (top) was taken near Felanitx, Mallorca, Baleares, Spain. The date: March 17th, 2010. The time was 15:24:45. The photo (bottom) was borrowed from the Internet. Thanks are due to diariodemallorca.es and the photographer.