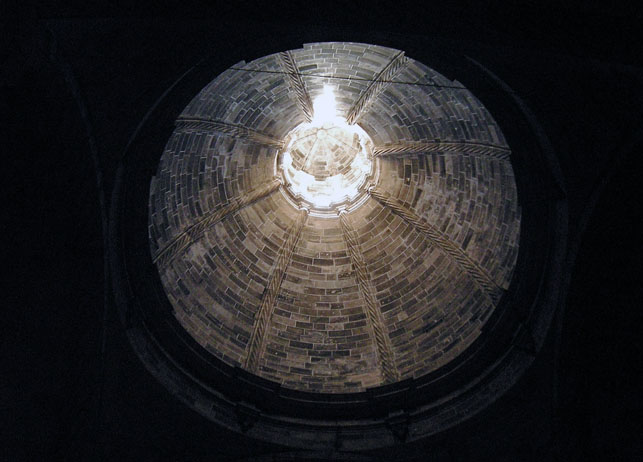 The Església de Santa Caterina de Sena in Palma de Mallorca is a church dating from the 17th century, built in the style of Italian Baroque. The church is worthy of your visit not the least for its domed cupola as shown in my photo (above).

Since 2001, the church is also known as the Parroquia de la Natividad del Señor. In December of that year, the then bishop of Mallorca, Teodoro Úbeda, allowed the Catholic church to henceforth be used by the Russian Orthodox Church. Church services are held Mondays to Fridays at 20h00, Saturdays at 19h30 and Sundays at 11h00. Next Tuesday, September 21st, there will be a special church service at 09h00 on the occasion of the Natividad de la Santísima Virgen María. It is said that both Churches agreed that church services would be held in Castellano, however, when I went there last Saturday, the liturgy was read in Russian.

The church is now decorated with some beautiful Russian icon paintings, another reason for paying a visit, in my humble opinion.