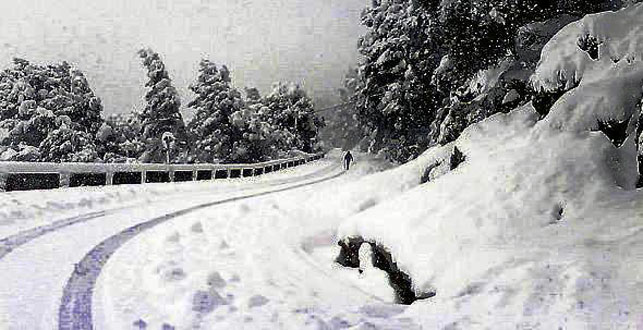 Early yesterday morning, we had the first Winter snow in Mallorca this year. There were small amounts only, perhaps 5 cm near Escorca, and nothing like in the photo. The Mallorcans always get very excited whenever it snows as historically, that used to be a very rare occasion. But, if I remember correctly, we had more snow here over the last two years than ever during the last twenty-odd years, since I have lived here. The photo (above) was borrowed from the Internet. It was taken in January 2009 by Raphel Pherrer somewhere near Gorg Blau, in the Serra de Tramuntana. Snow is predicted for today and tomorrow as well, over and above 600 m.

There is no skiing in Mallorca, just in case you wondered. 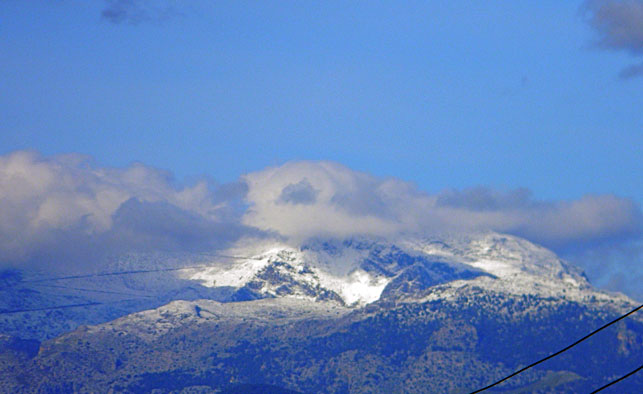 The photo (top) was borrowed from the Internet courtesy of miuniversosobremi.blogspot.com and the photographer, Raphel Pherrer. The photo (bottom) was added later in the day. It was taken in Montuïri, Mallorca, Baleares, Spain. The date: December 4th, 2010. The time was 13:54:46.

By mallorcaphotoblog
On December 4, 2010
2 Comments