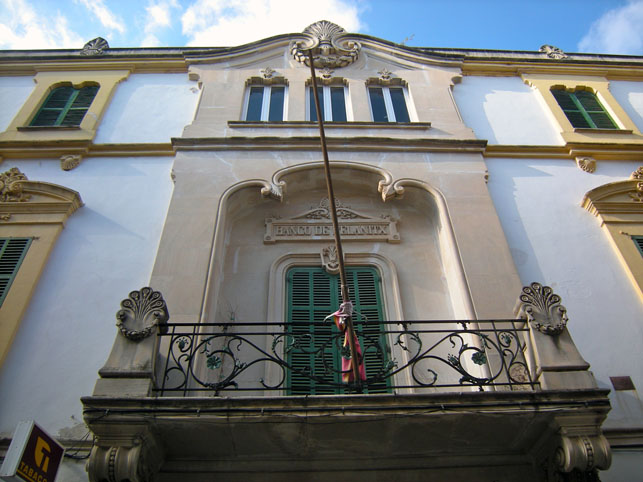 Felanitx is not really a pretty town, notwithstanding its historical and cultural relevance. There is a very attractive parish church, though, and there are some very nice windmills plus a number of town dwellings pleasing to the eye, such as the Ajuntament (town hall), the Estació Enològica, the Escorxador Vell and the Celler Cooperatiu Es Sindicat. One of the dozen or so buildings of historical significance and, at the same time, architectural grandeur, must be the building of the Banco de Felanitx. The locally owned bank was at its time a symbol of the town’s affluence and substance. 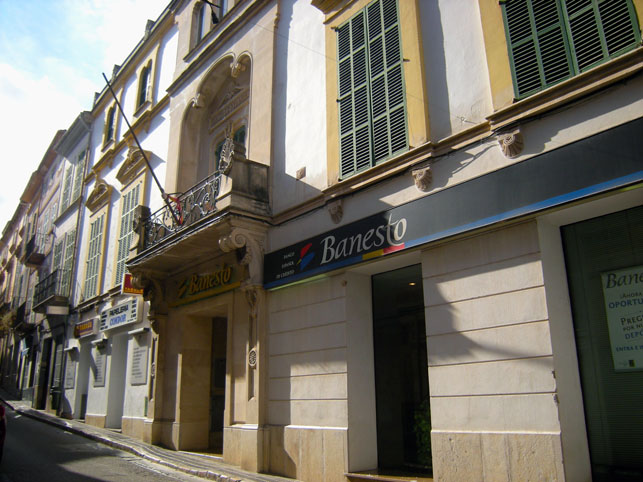 The bank was founded at the time of the town’s most prosperous period in 1883, with a capital of 636,500 pesetas, divided into 1,273 shares of 500 pesetas. The Bank remained active until it was incorporated into the Banco Español de Crédito en 1944. Today, the bank is known under the name of Banesto, ranking amongst the fifth-largest banking group in Spain (88 % of which are owned by the largest Spanish bank, Banco Santander). The building (photos top and centre) was erected in 1882 and inaugurated in February, 1883, at the occasion of the bank’s grand opening. The architect was Antoni Vaquer Noguera; the architectural style is an early example of Modernisme though the design is not quite as colourful or ornamental as that of its contemporaries. 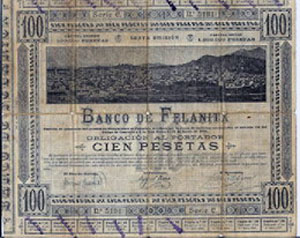 The photos (top and centre) were taken in Felanitx, Mallorca, Baleares, Spain. The date: February 7th, 2011. The time was 14:16:48 and 14:17:15, respectively. The image (bottom) was borrowed from the Internet, courtesy of panoramanumismatico.com.

By mallorcaphotoblog
On February 9, 2011
2 Comments