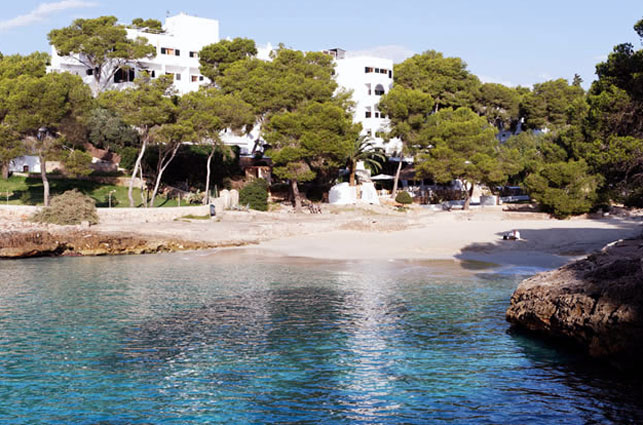 Last weekend, the Hotel Cala d’Or in Cala d’Or celebrated its 75 anniversary. The building was constructed in 1932 by Mijnheer Veerburgh, a Belgian architect who had fallen in love with the attractive natural beauty of Cala d’Or and its Good Vibrations. The premises opened as a hotel in 1936 under Senyor Josep Costa i Ferrer, when there was very little tourism in Mallorca and even less so in the southeast of the island. At that time, the Hotel Cala d’Or was only the third hotel in Mallorca outside the city of Palma, the other two being Hotel Formentor and Hotel Illa d’Or, both of which were in or near Port de Pollença in the north of the island.

Shortly after its inauguration, during the Spanish Guerra Civil (Civil War) the hotel suffered a set-back when it had to be converted into a military headquarters, housing the officers who were installed at the old fortín árabe (arab fort) in nearby Cala Llonga.

The photos were borrowed from the Internet, courtesy of hotelcalador.com.