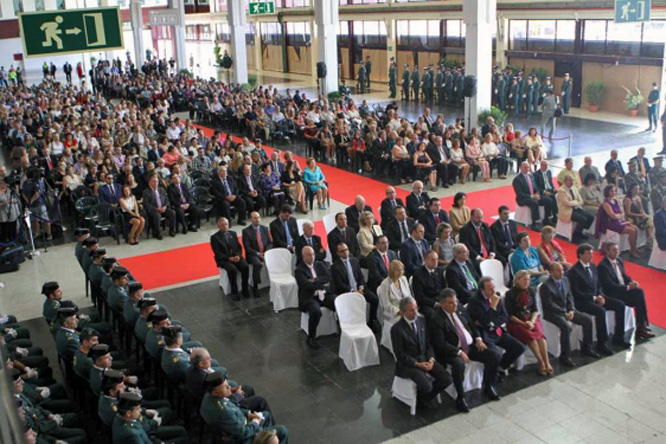 Yesterday, October 12th, was a National holiday in Spain, the day of the Fiesta Nacional de España, formerly also known as Día de la Hispanidad. As is usual in Spain, the day was used for copious parades of the military in Madrid, attended by King Juan Carlos, José Luis Rodríguez Zapatero and members of his government as well as leading members of the opposition. In all, some 3,000 troupes, 147 armoured vehicles plus 55 fighter jets and helicopters took part in the commemorative event in Spain’s capital city. Here in Mallorca, there were no such major political or military exhibitions. There was a reunion of the political top brass, though, attending events held at the occasion of the Festividad de la Virgen del Pilar. The Virgen del Pilar is the patron saint of the Guardia Civil in Spain and in Mallorca, and her Fest day coincides with Spain’s National holiday.

Whilst I was at the airport yesterday, I was not allowed into the area where Mallorca’s Guardia Civil celebrated her patron, an area within the old airport terminal building complex where normally trade fairs are held. I shall have to improve my credentials, I suppose.

The photo was thus borrowed from the Internet, courtesy of elmundo.es and the photographer, Jordi Avellà.