The International Day of Human Rights 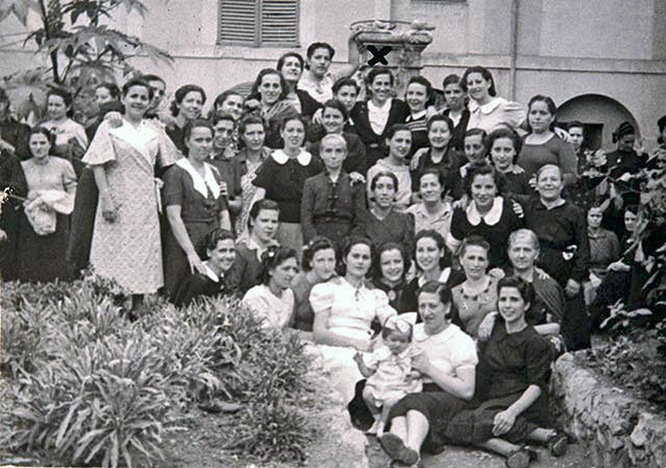 Today marks the 63rd anniversary of the Declaration of Human Rights as stipulated by the United Nations General Assembly on December 10th, 1948. At that time, just three years after the end of World War II, Spain was ambivalent to such declarations whilst suffering under the dictatorship of one Francisco Franco.

The photo shows a group of female convicts at the prison of Can Sales in Palma, circa 1940. This small group of inmates was imprisoned to a total number of 1,320 years between them. The woman in the back row marked with an X was Matilde Landa who later committed suicide at Can Sales.

We can not celebrate Human Rights today if we turn our eye the other way when we face injustices committed, ignorance suffered, racism endured, gender aggression perpetrated and corruption sanctioned, to name but a few of our society’s vices.

The photo was borrowed from the Internet, courtesy of todoslosrostros.blogspot.com.